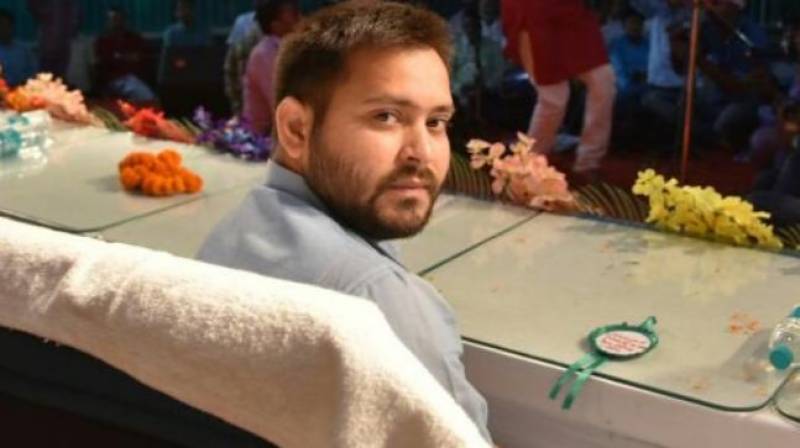 The BJP governs Uttar Pradesh, where Unnao is located. Kathua is in Jammu and Kashmir, which is run by a PDP (People's Democratic Party)-BJP administration.

"Make in India..," Yadav wrote at the beginning of his tweet, referring to the BJP government's flagship indigenous manufacturing drive - "...to Rape in India."

Tejashwi had more questions: Why are all women MPs, MLAs and ministers of the BJP "tight-lipped" on such rapes? Why do they adopt a "selective, negative and religious approach" on crimes against women?

Yadav made these remarks on a day when Congress leaders, including Rahul Gandhi, lead a candlelight vigil for the victims of the Kathua and Unnao rape cases at India Gate in New Delhi.

But BJP leader Meenakshi Lekhi, during a press conference, said Congress and the Opposition were "playing politics over the issues."

"You see their plan, first they shout 'minority minority', then 'Dalit Dalit', and now 'women women' and then try to somehow fix blame of state issues on the Centre. All this while ignoring the strict action being taken by state governments," Lekhi said.

Dalits, minorities and women all are beautiful creations of God, he said.

"If BJP can't respect and sympathies (sympathise) with human beings, if they can't criticise bloody rapists, then they are not believer(s) of humanity and God," he added. "Such an irresponsible and egoistic statement." - India today