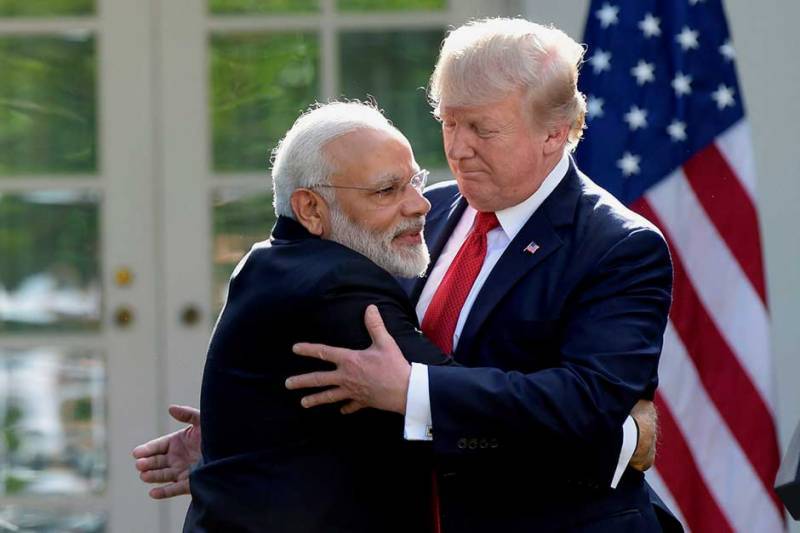 WASHINGTON - The United States is all set to give a big blow to ally India over trade barriers.

He said on Thursday US was considering revoking import preferences for India, Indonesia and Kazakhstan over concerns about trade barriers and worker rights.

Exports from those countries could lose duty-free access to theUS <link> market if the US <link> Trade Representative decides the countries have violated the conditions of the Generalized System of Preferences.

“GSP provides an important tool to help enforce the Trump Administration’s key principles of free and fair trade across the globe,” Deputy USTR Jeffrey Gerrish said in a statement.

“We hope that India, Indonesia and Kazakhstan will work with us to address the concerns that led to these new reviews.”

President Donald Trump has made trade central to his presidency, roiling markets and upsetting fellow Republicans by threatening to impose steep tariffs and scrap trade deals he says have undermined US <link> workers and industry.

He has yet to act on his harshest threats, however.

The USTR said it has concerns about trade barriers in India and Indonesia “that create serious negative effects on US <link> commerce,” thereby violating criteria for GSP eligibility.

In addition, the US <link> dairy and medical device industries have complained that India blocks their exports, USTR said in statement.

Meanwhile, the AFL-CIO, the largest US <link> trade union federation, has accused authorities in Kazakhstan of denying workers there the right to unionize and has harassed labour organisers.

The administration is reviewing GSP eligibility every three years, and later this year will look at countries in Eastern Europe, the Middle East, North Africa and the Western Hemisphere.