Conditions not yet conducive for Rohingya refugees to return to Myanmar
14 Apr, 2018 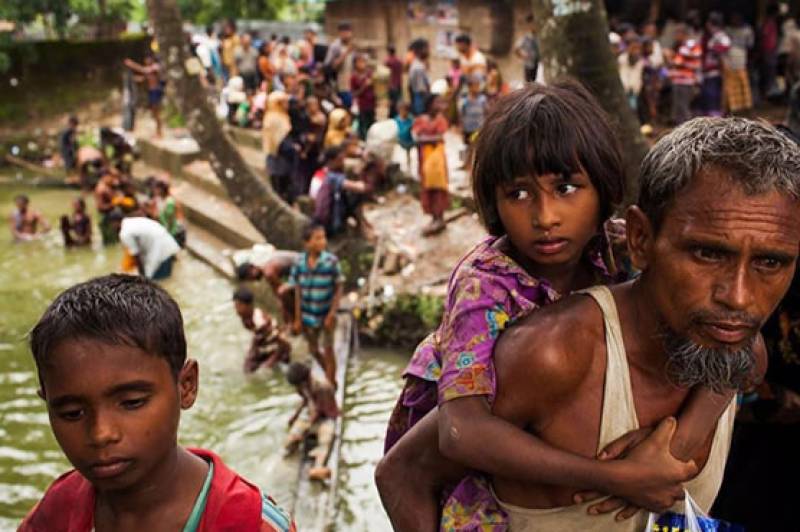 The United Nations refugee agency and the Government of Bangladesh have signed a cooperation agreement on the safe, dignified return of Rohingya refugees to their homes in Myanmar, “once conditions there are conducive.”

Noting that such conditions are not present at the moment, the UN refugee agency urged Myanmar authorities to create them as well as to take concrete measures to address the root causes of displacement.

“The responsibility for creating such conditions remains with the Myanmar authorities, and these must go beyond the preparation of physical infrastructure to facilitate logistical arrangements,” the Office of the UN High Commissioner for Refugees (UNHCR) stressed on Friday.

The agency also noted that in the absence of a UNHCR-Myanmar-Bangladesh agreement, it has continued to engage with both Governments in negotiations on two separate memoranda of understanding (MOUs), meant to ensure that any future returns are conducted in line with the international standards.

More than 670,000 members of the Muslim minority Rohingya community fled violence in Myanmar since August 2017, joining an estimated 200,000 Rohingya who have sought shelter in Bangladesh, arriving in waves over the past decades.

According to UNHCR, the refugees have said that before considering return to Myanmar, they would need to see concrete progress in relation to their legal status and citizenship, security, and their ability to enjoy basic rights at home in Rakhine state.

UNHCR also urged the Myanmar Government to immediately provide full and unhindered access to refugees’ places of origin in Rakhine, which would enable it to assess the situation and provide information to refugees about conditions in the places of origin, as well as to monitor any possible future return and reintegration of refugees.

“Another practical measure will be to ease restrictions on movement for the internally displaced persons encamped in the central townships of Rakhine state, which would also help to build confidence among refugees in Bangladesh,” it added.

“Such concrete measures will help demonstrate to refugees that the Government of Myanmar is committed to a sustainable solution.” APP/AFP