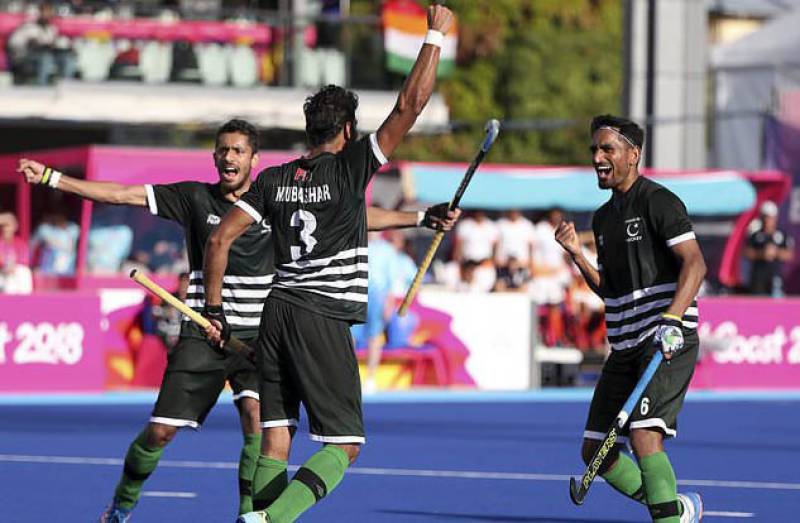 ISLAMABAD:Pakistan came from behind to defeat Canada 3-1 taking 7th place in the positional match of the hockey competition of the Gold Coast 2018 Commonwealth Games.

Canada went ahead in the first quarter through James Kirkpatrick goal in open play. The North Americans kept the lead intact till the end of the second quarter. Pakistan were the far better side in the second half.

Arslan Qadir equalized before Mubashar Ali, who ended Pakistan's top scorer in the competition with four goals, put his team ahead off a penalty corner.

In the last quarter M.Irfan Jr completed the tally with his third goal of the event.

Earlier, New Zealand booked a Gold medal clash with Australia after scoring a thrilling shootout victory over England in their semi-final.

Scores were locked at 0-0 at full-time, before the penalty heroics of captain Stacey Michelsen and back-up goalkeeper grace O'hanlon guided the black sticks to victory.