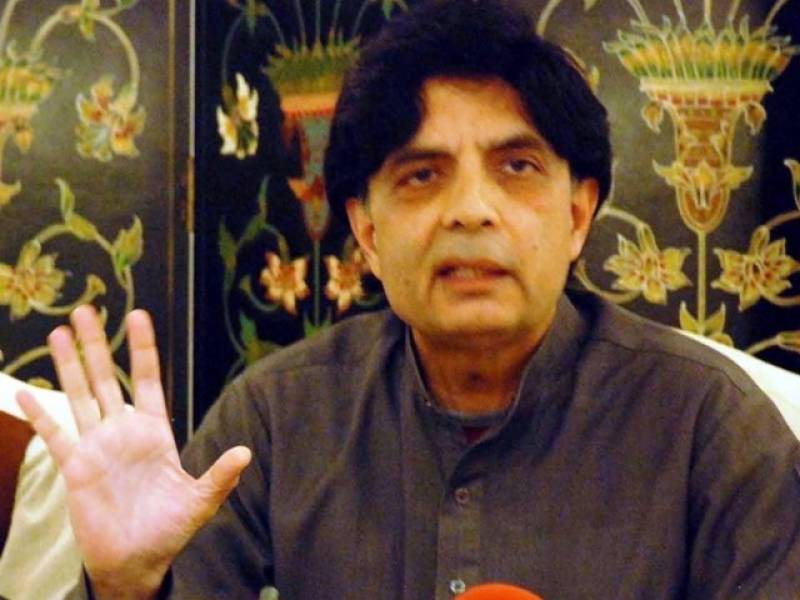 Responding to Maryam Nawaz’s statement on Saturday, Chaudhry Nisar said, “Who asked for ticket? Statements pertaining to awarding ticket to me are being issued every now and then. The question [in this regard] arises if someone is pleading for the ticket.”

“I have never asked for ticket in the past and will never do so in future,” he asserted.

“It seems from Maryam Nawaz’s statements that biggest issue of country at present is issuance of ticket to me”, taunted Nisar.

Earlier on Friday, Chaudhry Nisar held a meeting with Punjab Chief Minister Shehbaz Sharif in Lahore which continued for about two hours.

During the meeting, Nisar and CM Punjab discussed issues pertaining to the party. Sources said that the two leaders also exchanged views over the disqualification of former prime minister Nawaz Sharif for life. The two leaders also discussed matters related to the Karachi visit.

Speculation was rife earlier this week that the senior disgruntled PML-N leader will join the Pakistan Tehreek-e-Insaf (PTI), however later he categorically denied and said it is nothing but a rumour.

PPP leader Nabil Gabol had claimed that recently Nisar met with Imran Khan, however, the news was denied by Nisar’s spokesman.