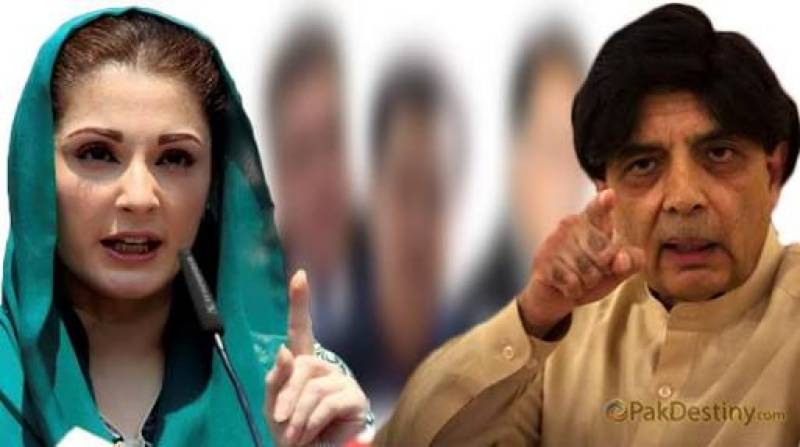 ISLAMABAD – Disgruntled Pakistan Muslim League leader and former interior minister Chaudhry Nisar has lashed out at Maryam Nawaz over the issue of the General Elections ticket.

He on Saturday dismissed rumors that he was seeking ticket from the ruling PMLN for general polls 2018.

“Who asked for ticket? Statements pertaining to awarding ticket to me are being issued every now and then. The question [in this regard] arises if someone is pleading for the ticket. I have never asked for ticket in the past and will never do so in future”, asserted Ch Nisar while responding to Maryam Nawaz’s statement.

“It seems from Maryam Nawaz’s statements that biggest issue of country at present is issuance of ticket to me”, taunted Nisar.

Earlier, Nisar had claimed that rough edge of Maryam’s tongue was pushing party into abyss. He also made it overtly clear that he would not work under Maryam Nawaz. On rumors pertaining to joining Pakistan Tehreek-e-Insaf (PTI), Nisar told media that neither Imran Khan nor any leader of the party had contacted him.