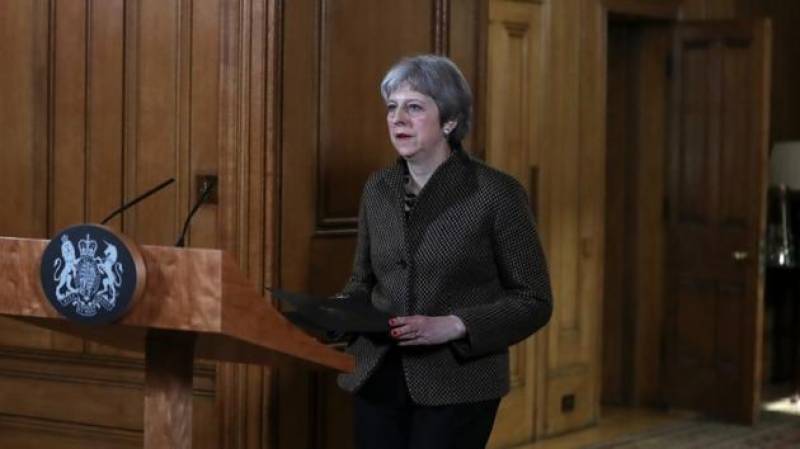 LONDON - British Prime Minister Theresa May faced a backlash from the domestic opposition after military strike <link>Saturday on Syria without consulting parliament.

As the Conservative leader explained her rationale for the airstrikes, opposition parties claimed the attacks were legally dubious, risked escalating conflict and should have been approved by lawmakers.

The shadow of the 2003 invasion of Iraq still lingers in the corridors of Britain’s parliament, when MPs backed then-prime minister Tony Blair in joining US military action.

“Theresa May should have sought parliamentary approval, not trailed after Donald Trump.”

Stop the War, a pacifist coalition once chaired by Corbyn, has called a demonstration outside the British parliament on Monday to protest the strikes. - APP/AFP