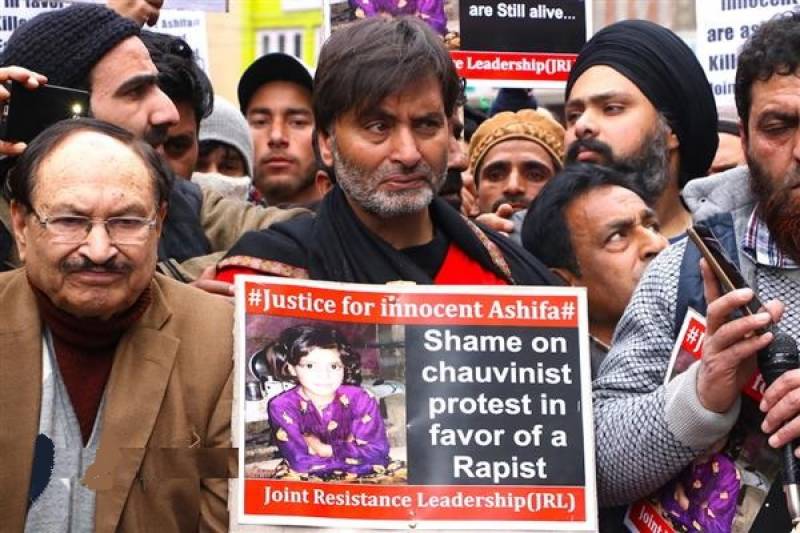 ISLAMABAD:Two BJP ministers Chander Prakash Ganga and Lal Singh who had attended a rally in support of the Kathua rape accused have resigned from the Mehbooba Mufti puppet regime.

The voice for justice to an 8-year-old girl Asifa who was disgraced and murdered in Kathua area of Jammu, has started coming from across India and abroad.

Police Crime Branch charge-sheet filed in a local court, revealed that the minor girl was abducted, drugged, gang-raped for seven days and killed inside a temple.

On Twitter, a campaign with hashtag JusticeforAsifa has been started by Tweerati, demanding stern punishment to the accused.