Amla and Cartwright out for 30s on rainswept first day of Championship
14 Apr, 2018 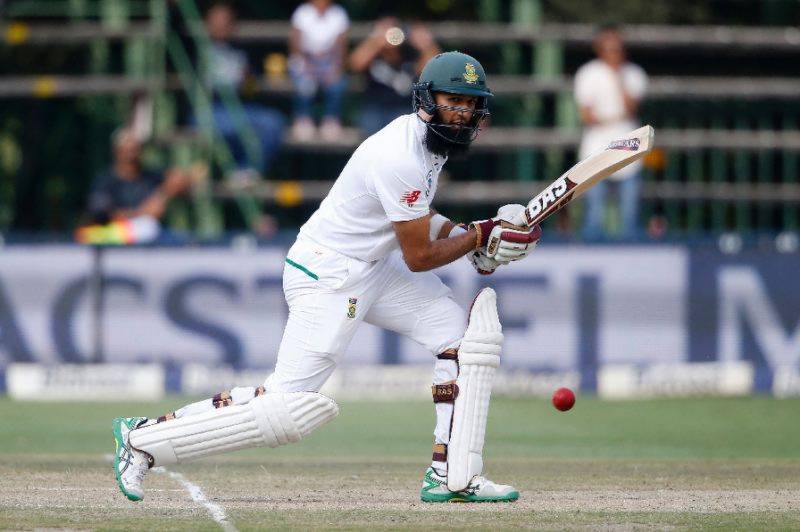 LONDON: South Africa great Hashim Amla and Australia batsman Hilton Cartwright both fell in the 30s as rain played havoc with the start of the 2018 English County Championship season on Friday.

Wet outfields meant no play was possible in four of the scheduled six fixtures, with not a ball bowled in the First Division clashes between Lancashire and Nottinghamshire and Yorkshire and champions Essex, while the Second Division matches between Kent and Gloucestershire and Warwickshire and Sussex were similarly affected.

But in the First Division fixture at Southampton, Amla made 36 out of Hampshire’s total of 290 before Worcestershire closed on 40 for two.

Amla, who has previously enjoyed county stints with Derbyshire and Essex, faced 72 balls including four fours during a 100-minute innings that ended when he was lbw to Josh Tongue.

But the honours in Hampshire’s innings belonged mainly to James Vince, who made 75 batting at number three in overcast, seam-friendly, conditions.

Needing runs to cement his England place after a frustrating tour of Australia and New Zealand that yielded 346 runs in six Tests, Vince scored 75 at better than a run-a-ball including 14 fours.

But, as has happened so often in an England career yet to yield a Test century, he fell when well set with the Hampshire captain missing a straight delivery from veteran Australian seamer Steve Magoffin.

Gareth Berg then took Hampshire towards 300 with an aggressive 75 not out.

At Lord’s, Cartwright marked his Championship debut with an enterprising 30 out of Middlesex’s 136 for four in their Second Division match at home to Northamptonshire.

With the visiting captain allowed to decide whether to bat or bowl first rather than risk the outcome on the traditional toss of a coin — it was no surprise when Middlesex were inserted on a greenish wicket offering the prospect of seam movement.

They duly collapsed to 63 for four before an unbroken stand of 73 between wicket-keeper John Simpson and Ireland’s Paul Stirling took Middlesex to 136 for four before play was abandoned early due to bad light — even though the Lord’s floodlights were being used for the first time in a Championship match.

Zimbabwe-born Cartwright, 26, came in at 21 for two and promptly counter-attacked.

Cartwright who played two Tests for Australia — against Pakistan and Bangladesh — in 2017 after moving from Zimbabwe with his family as a child, struck a couple of boundaries off New Zealand paceman Doug Bracewell and pulled Brett Hutton into the Mound Stand for six.

But his 32-ball innings featuring 22 runs in boundaries — four fours and a six — ended when Cartwright, a replacement for his former Western Australian captain Adam Voges, Middlesex’s skipper last season, was deceived by Hutton’s slower ball and bowled to leave the hosts 54 for three.

That became 63 for four when Australia-born England opener Sam Robson, Middlesex’s captain in the absence of Dawid Malan, was lbw to Hutton for a painstaking 14 compiled off 65 balls spanning 108 minutes at the crease. – AFP/APP