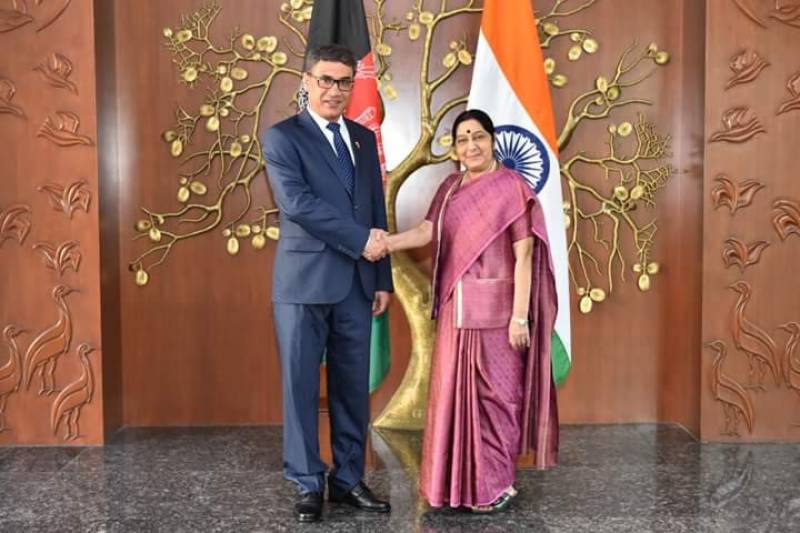 The ministry said Bahrami shared his assessment of Afghan government's recent initiatives for internal reconciliation and efforts to fight terrorism, which receives support from safe havens and sanctuaries beyond Afghanistan.

The Afghan defense minister also "highlighted" that the Afghan people and government would like India to continue to play a "greater role" in the country.

Bahrami also talked about efforts being made by Kabul to fight the menace of poppy cultivation and drugs trafficking that funds terror against the people of Afghanistan, the ministry said.

“Afghanistan deeply appreciates the positive and constructive support extended by India for economic development and reconstruction in Afghanistan and to the Afghan National Defense and Security Forces," the ministry added.

Swaraj meanwhile appreciated the courage of the Afghan forces in defending their country and making supreme sacrifices, the ministry said.

“She conveyed India's support for the efforts of the government and the people of Afghanistan for building a peaceful, secure, stable, united, inclusive and prosperous nation. India remains committed to its New Development Partnership according to the priorities of Afghanistan," the statement said.