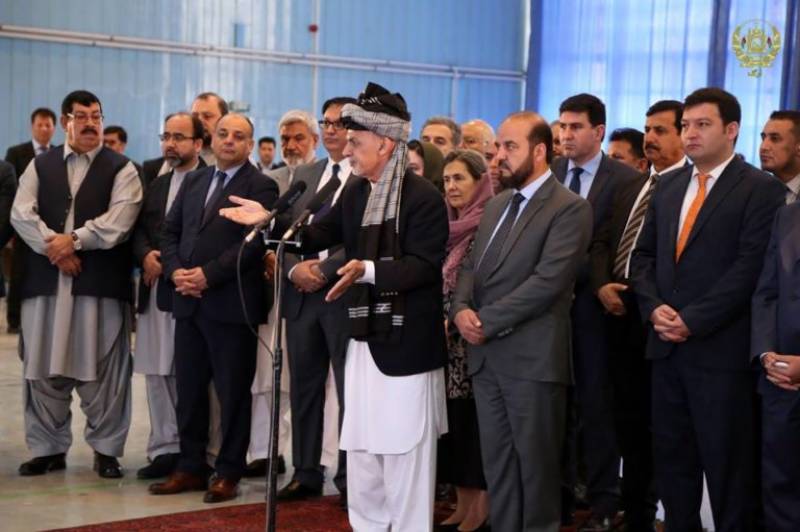 <link>*KABUL- President Ashraf Ghani on Saturday called on the Taliban to take part in the upcoming district and parliamentary elections.*

Ghani and the First Lady Rula Ghani today officially launched the voter registration process and signed up to vote in the upcoming elections.

In his speech after the inauguration of process, President Ghani said, “this was the right moment for the Taliban to commence political activities. If they [Taliban] believe they have roots among the people in Afghanistan then elections is a chance.”

President told media that the National Unity Government (NUG) has the will and commitment to hold transparent elections on 20 October this year.

He also called on the Independent Election Commission (IEC) to pay serious attention on the transparency of the election and no intervention would be acceptable in the process.

In the meantime, during the voter registration, the Chief Executive Abdullah Abdullah stressed on the government’s commitment for the electoral reforms.

CE Abdullah warned that no one will be able to vote if they have not registered.

According to officials, voter registration process is expected to be held in two steps.

Voter registration process is scheduled to begin in provincial centers, then in districts, according to the agenda of the election commission.