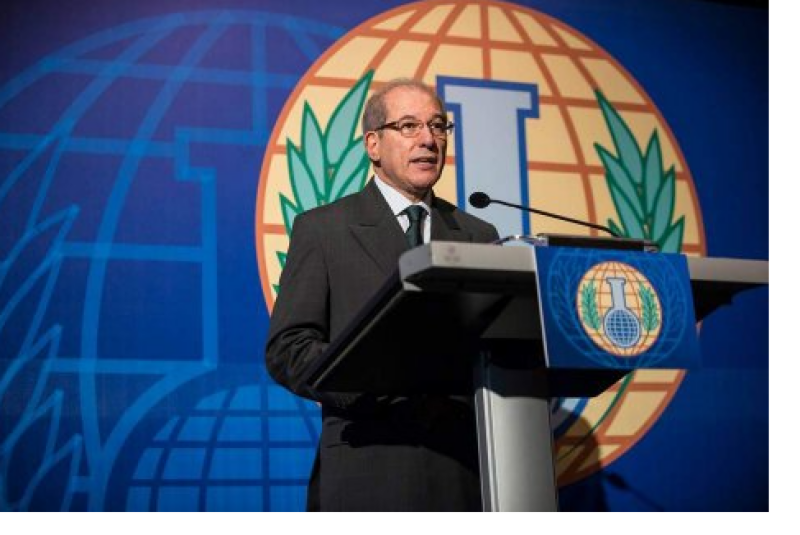 THE HAGUE: The world's chemical weapons watchdog said Thursday that allegations a chemical attack took place in the Syrian rebel-held town of Khan Sheikhun, killing at least 87 people, were "credible".

Following last week's deadly attack, the Organisation for the Prohibition of Chemical Weapons said technical experts analysed the available information "and their preliminary assessment (was) that this was a credible allegation".

Ahmet Uzumcu, the OPCW's director general, told members of the 41-state executive council that a fact-finding mission had already collected samples after the attack, which were sent to OPCW designated laboratories for analysis.

"OPCW experts are currently analysing all information gathered from various sources" and is expected to "complete their work within the next two to three weeks", Uzumcu said in a statement, released from its Hague-based headquarters.

He also reiterated his call for any countries that were signatories to the Chemical Weapons Convention and which were "in a position to do so to share with the Secretariat any relevant information without delay".

"Our experts are fully aware of the significance of the task they are expected to fulfil and I am confident that they will do it in a professional and impartial manner using all available technical means," Uzumcu said.

The watchdog's executive council will meet again "next week" to continue the discussions over the April 4 attack at Khan Sheikun, Uzumcu said.

Russia on Wednesday vetoed a UN resolution demanding the Syrian government cooperate with an investigation into the alleged chemical attack, blocking Security Council action against its ally for an eighth time. (APP)