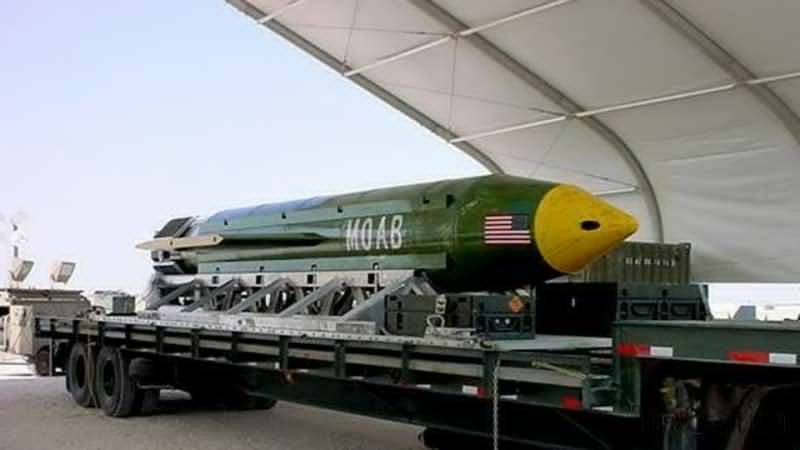 KABUL: The top US military commander in Afghanistan said on Friday his decision to deploy one of the largest conventional bombs used in combat was done in communication with officials in Washington and was a purely tactical decision.

“This was the right weapon for the right target,” General John Nicholson told reporters at a news conference in Kabul.

The 21,600-pound (9,797-kg) GBU-43 bomb, was dropped from an MC-130 aircraft in the Achin district of the eastern province of Nangarhar bordering Pakistan against a network of tunnels that Afghan and US officials said was being used by militants linked to Islamic State.

As many as 36 suspected Islamic State militants were killed in Afghanistan when the United States dropped “the mother of all bombs,” one of the largest non-nuclear devices ever unleashed in combat, the Afghan defence ministry said on Friday.

Thursday’s strike came as US President Donald Trump dispatches his first high-level delegation to Kabul, amid uncertainty about his plans for the nearly 9,000 American troops stationed in Afghanistan.

The deaths have not been independently verified, but ministry spokesman Dawlat Waziri said no civilians were harmed in the massive blast that targeted a network of caves and tunnels.

“No civilian has been hurt and only the base, which Da’ish used to launch attacks in other parts of the province, was destroyed,” Waziri said in a statement.

He was using an Arabic term that refers to Islamic State, which has established a small stronghold in eastern Afghanistan and launched deadly attacks on the capital, Kabul.