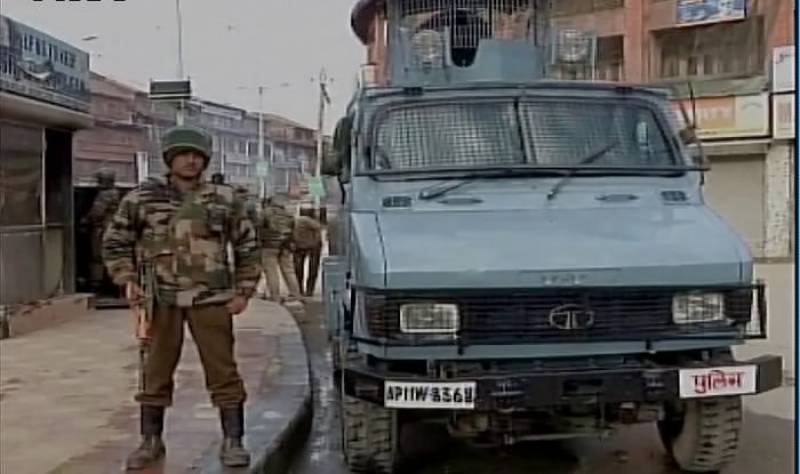 Srinagar on Thursday witnesses a mere two per cent turnout in the re-polling held in 38 polling stations under the Lok Sabha constituency, making it the lowest percentage in the state’s history.

“Only 709 of the 34,169 voters exercised their franchise across all the 38 polling stations by the time the polling ended at 4pm,” the newspaper quoted an election official as saying.

Security forces in the Indian-controlled part of Kashmir opened fire last week on crowds of people who attacked polling stations where voting for a by-election was taking place, killing five and injuring at least a dozen.

Protesters tried to snatch or damage electronic voting machines in at least a dozen places in the districts of Srinagar, Budgam and Ganderbal, said Shantmanu, Kashmir's chief electoral officer.

The deaths occurred when security forces fired after clashes broke out with protesters who wanted to stop the election for the Srinagar parliamentary constituency. The seat had fallen vacant after a lawmaker resigned to protest the killing of civilians during unrest last year.

Police said many protesters were injured in the violence.

Indian-held Kashmir has been wracked by violence since a separatist insurgency began nearly 30 years ago.