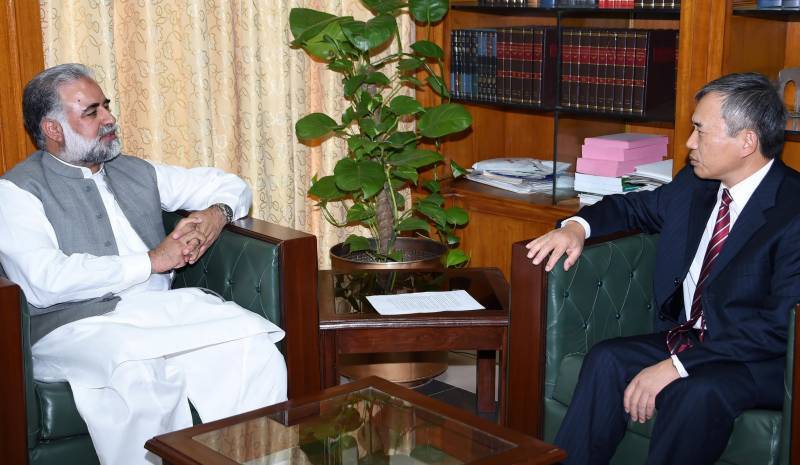 He said this talking to Ambassador of Vietnam Nguyen Xuan Luu, who called on him in the Parliament House here.

The deputy speaker stressed upon regular interaction between the Parliamentarians of both the countries.

He said the parliamentarians of both the countries could play an important role to create better understanding and bring both the nations more closer.

He said the incumbent democratic setup has introduced pro-investment policies in the country due to which foreign investment has enhanced and economy of the country has been growing rapidly.

He said there are immense potential of investment in diverse fields in Pakistan especially in energy, minerals, industries and infrastructure sectors.

He said the Vietnami's investors should take benefit of huge economic potential in Pakistan.

He stressed the needs for regular interaction between the business communities of both the countries and asked the Ambassador to persuade the vietnams' investors to invest in Pakistan.

He appreciated the Vietnam's economic progress in recent past and underlined the needs for expending volume of trade between two countries.

He said Vietnam wanted to see a strong and prosperous Pakistan.

He said strong and prosperous Pakistan is in best interest of region as well as world.

He agreed that exchange of parliamentary delegations would help enhance better understanding between both the countries.

He said the Vietnamese' investors were keen for investment in Pakistan and trade and economic ties between the two countries are growing rapidly. (APP)