KP CM leaves for China to bring huge investment in the province
14 Apr, 2017 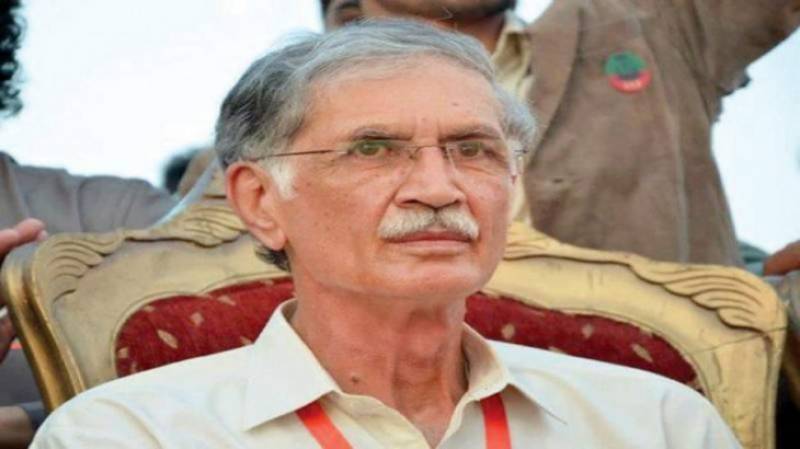 PESHAWAR: Chief Minister Khyber Pakhtunkhwa Pervez Khattak has said that he himself is leaving for Peoples' Republic of China (Beijing) along a delegation to hold a road show and bring hundreds new schemes for different sectors and requested the federal government to facilitate the province in this regard.

Addressing a press conference here at Assembly Secretariat on Friday, the Chief Minister said that China Pakistan Economic Corridor will play vital role for the economic uplift in the country adding that they will make efforts to bring maximum developmental schemes to Khyber Pakhtunkhwa.

He said that big investment including industrial states, energy, railway track, roads, industrial park, cement factories, tourism, agriculture and others sectors would be the part and parcel of the CPEC.

He disclosed that major schemes would be started in three areas including Dera Ismail Khan, Rashakai (Nowshera) and Hattar (Haripur). Â

Responding to a question regarding Abdul Wali Khan University Mardan incident where a student was lynched to death over alleged blasphemy, the chief minister said that the provincial government will constitute a Judicial Commission to conduct an independent inquiry.

Khattak condemned the incident saying that it was a tragic incident. He said that taking law into hands is not good in his opinion and told that Deputy Inspector General (DIG) Mardan will submit an inquiry of the incident, which will be followed by the constitution of a Judicial Commission. (APP)