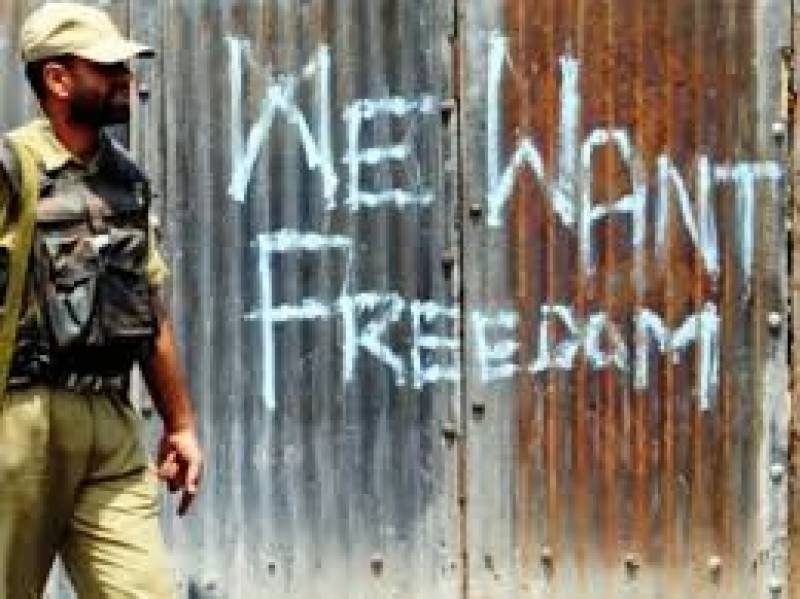 ISLAMABAD: Hurriyet Forum led by Mirwaiz Umar Farooq, in Indian occupied Kashmir, has lauded the commitment of people towards the freedom struggle, saying that the courage and resolve of the people had centre-staged the Kashmir dispute at the international level.

According to Kashmir Media Service, Hurriyet forum spokesman in a statement issued in Srinagar paid tributes to the youth martyred by Indian forces over the past few days.

He said a high-level delegation led by Ghulam Nabi Zaki went to Barsoo Ganderbal village to condole the death of Umar Farooq Ganai who fell to the bullets of occupational forces on peaceful protests during the recent sham elections.

Expressing solidarity and sympathy with the bereaved family on behalf of Mirwaiz, the delegates prayed for the soul of the deceased.

On the occasion, Mirwaiz talked to the Umar Ganai's bereaved father, Farooq Ahmad Ganai, on phone.

Mirwaiz also offered special prayers for the martyr and asked the bereaved father to be patient in these testing times. (APP)