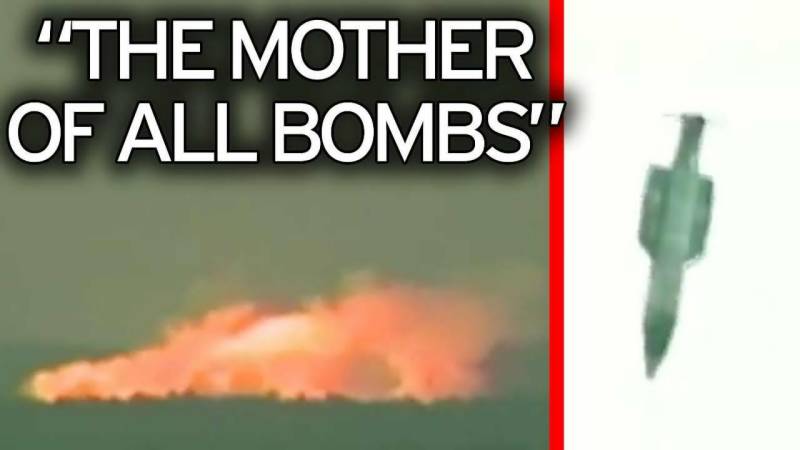 The world's largest bomb has been dropped in Achin District which is bordering Pakistan and bomb is reportedly been dropped at only a few kilometers distance from Pakistan area.

Private TV Channel has reported that the blast has been heard in Pakistan also.

However till now no casualty has been reported on either side.

Earlier it was reported by international media that United States dropped a massive GBU-43 bomb, also known as the “mother of all bombs,” in eastern Afghanistan on Thursday against a series of caves used by Islamic State militants, the military said.

It was the first time this type of bomb had been used in combat and was dropped from a MC-130 aircraft, Pentagon spokesman Adam Stump said.

At the time of development, it was touted as the most powerful non-nuclear weapon ever designed.

MOAB was first tested with the explosive tritonal on 11 March 2003, on Range 70 located at Eglin Air Force Base in Florida.