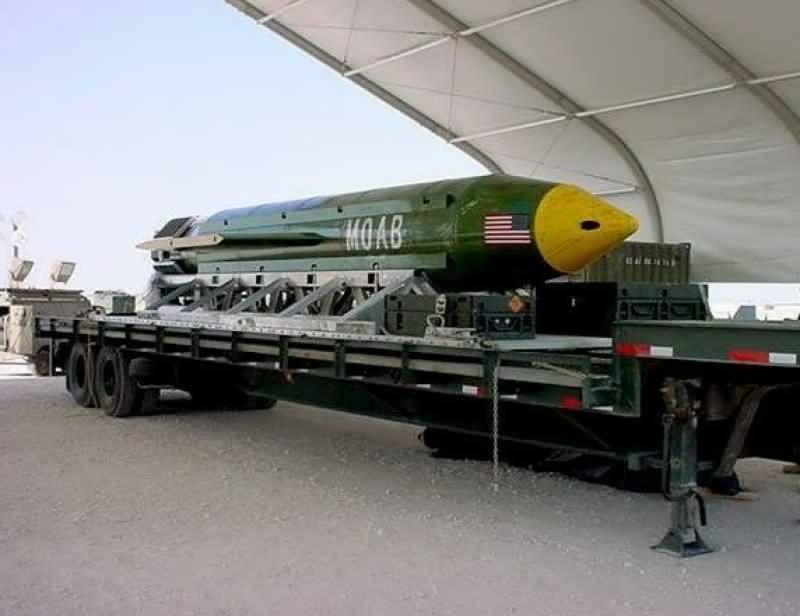 The United States has dropped the "mother of all bombs", the largest non-nuclear device on a network of caves and tunnels used by Islamic State militant group in eastern Afghanistan.

According to Pentagon spokesman Adam Stump, the 9,797 kilograms heavy, GBU-43 bomb, GPS-guided munition, which was first tested in March 2003, had eleven tons of explosives.

It was dropped from a MC-130 aircraft in the Achin district of Nangarhar province. However, he did not give detail of the damages caused by the bombing.

In a statement, President Donald Trump touted the bombing as evidence of a more muscular US foreign policy since he took office in January.

Simultaneously the bomb drop is a message to Russia which is holding a conference today in Moscow over the Afghan peace process. US has hinted Russia that the role of US Military in Afghanistan is not over and US is very much interested in Afghanistan war.

It is pertinent to mention here that Moscow is holding the multinational conference on Afghanistan without US.