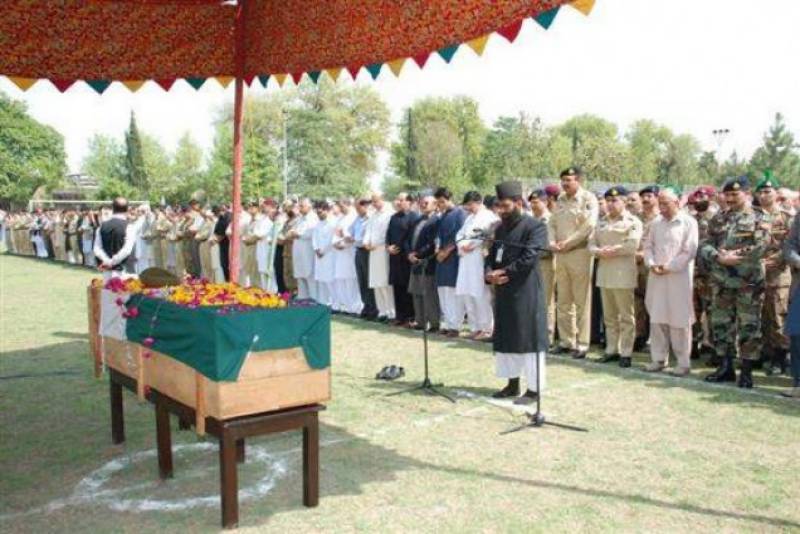 RAWALPINDI: Namaz-e-Janaza of Shuhada of Pakistan Rangers who embraced Shahadat on Friday during Operation in Basti Dadwani, DG khan, was offered at Multan Garrison.

Jasde Khakis of Shuhada will be taken to their hometowns where they will be buried with full military honour. (APP)