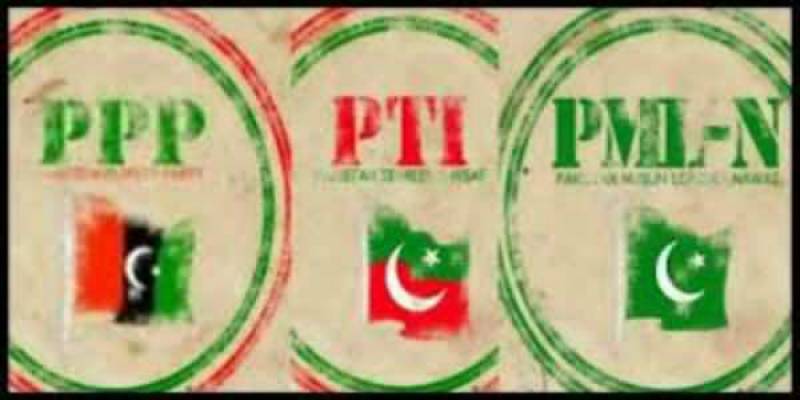 ISLAMABAD: Parliamentary Committee on Election reforms held its meeting in Islamabad to finalise it's recommendations for the upcoming General Elections 2018

All main political parties representatives participated in the meeting.

The members of the ruling PML-N and the main opposition PPP in the Parliamentary Committee on Electoral Reforms on Thursday opposed two key proposals of the PTI - appointment of returning officers (ROs) from the military and changing the mechanism for the appointment of a caretaker government before general elections.

Talking to reporters after presiding over a meeting of a subcommittee, Law Minister Zahid Hamid claimed that the PTI’s two proposals had been rejected by a majority of the members.

The PTI in its new proposals submitted to the committee had called for drawing the ROs from the defence forces.

The PTI had also suggested that the interim government should be appointed through a parliamentary committee and there should be no role of the prime minister and the opposition leader in the process.

The minister said the parties had no objection to the PTI’s proposal regarding elections under army’s supervision but said it was the discretion of the Election Commission of Pakistan (ECP) to decide about the deployment of troops at polling stations.

Mr Hamid said they also supported the PTI’s proposal that the members of the parliament should be allowed to visit the constituencies.

He, however, said the ECP was against this proposal. The issue would now be decided by the main committee.