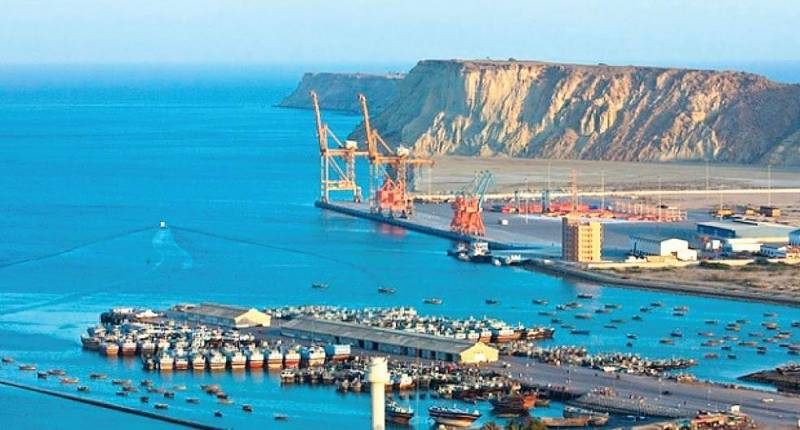 BEIJING (China) (APP): The multi-billion dollar China-Pakistan Economic Corridor (CPEC), a flagship project of the One Belt, One Road (B&R) initiative, has begun to bring tangible benefits to Pakistan's economy, which is likely to have a positive demonstration effect for persuading other countries in the region to consider adopting a more open attitude about the B&R initiative.

An International Monetary Fund (IMF) staff team said recently that it expects economic growth in Pakistan to reach five percent in the fiscal year 2016-17, partly helped by rising investment related to the CPEC, according to an article published in "Global Times" here on Friday.

Pakistan's economy still lags behind its neighbor (India), but some economic indicators show signs of a narrowing in the development gap between the two South Asian countries.

For example, CMPak, a China Mobile subsidiary in Pakistan, has established 6,951 3G base stations and 5,223 4G base stations in the country as of the end of 2016.

China-Pakistan cooperation is creating a boom in the telecom industry as the two countries work together to push forward the CPEC.

Against this background, Indian people should not be too surprised by the claim by Pakistani Minister of State for Information Technology Anusha Rehman that "Pakistan will be the first South Asian country to test fifth generation cellular services."

The steady development of the CPEC has been a helping hand for the country to stabilize its domestic political situation and improve the lives of ordinary people, making the nation more attractive to foreign investment.

The UK and other countries have expressed an interest in increasing investment and being a partner of the CPEC.

With efforts in stepping up industrialization along the CPEC, Pakistan is doing what India and other emerging economies frequently talk about, integrating itself into the global industrial chain.

The Pakistani economy is projected to be on a steady uphill path due to projects like the CPEC, which is an example of the benefits that the B&R initiative can bring to countries along the routes.

However, Pakistan's rapidly growing economy is also likely to produce new challenges to the CPEC and other investments.

For instance, it will be a tough test for China and Pakistan to think about how to reach an equitable distribution of the economic pie to various regions and tribes around Pakistan.

The South Asian country may need to propel economic reforms to ensure more local people benefit from the project, it concluded.