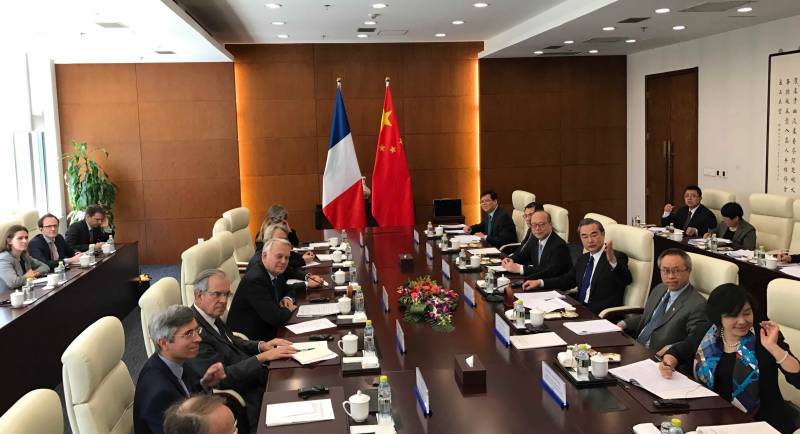 BEIJING: China France relationship is one of the most mature and stable examples of ties between major countries, Chinese Foreign Minister Wang Yi said Friday.

Wang made the remarks during his talks with French Foreign Minister Jean- Marc Ayrault, saying that the two sides should continue to respect each other's core interests and major concerns.

The comprehensive strategic partnership between France and China will continuously move forward regardless of French presidential election's result, Ayrault said, noting that he visited Beijing before the presidential election to underscore the importance of the France-China relationship and its significance to world peace and stability.

France will enhance nuclear energy cooperations with China, and boost people-to-people exchanges in culture, tourism and sports and it will take measures to safeguard the security of Chinese citizens travelling to or living in France, said Ayrault.

Ayrault expressed France's willing to join in the implementation of the Belt and Road Initiative.