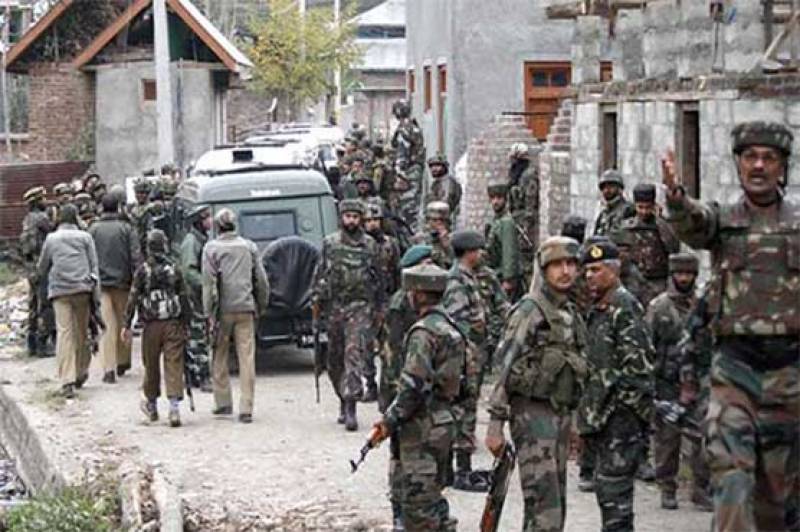 MIRPUR (AJK): The intellect class from AJK suggested the setting up of Kashmir Desk in the Ministry of Foreign Affairs besides all Pakistani diplomatic missions abroad with focal persons to highlight Kashmir issue internationally for the right of self determination of the people of Jammu and Kashmir.

In a meeting of Kashmiri intellectuals including eminent writers, religious scholars, and political activists held at the residence of Dr. Maqsood Jafri on Friday.

They called for highlighting the Kashmir issue through print and electronic media in more vibrant manner to mobilize the International community for exerting pressure on India for holding free and fair plebiscite in Kashmir as per UN resolutions.

Speaking on the occasion, Shah Ghulam Qadir stressed on the need of launching a systematic and consistent campaign to highlight Kashmir issue in the world.

Qadir briefed the participants regarding his recent visit to UAE in which he highlighted atrocities of India and urged the world to take serious notice of Indian brutalities being committed in Indian Occupied Kashmir.

Barrister Afzal Hussain suggested that Kashmir Desk be set up in the Ministry of Foreign Affairs with focal persons in all Pakistani diplomatic missions abroad to highlight Kashmir issue.

Pir Ali Raza Bukhari maintained that Kashmir is the land of religious scholars and the preachers of Islam - the Sufis who promotied the teachings of Islam.

The present uprising in Indian Occupied Kashmir, he said, is an indigenous movement to achieve liberation from Indian subjugation.

Addressing the ceremony, host Dr. Maqsood Jafri emphasized the need of attracting the world intelligentsia to mobilize the world opinion in favor of legal and democratic movement for freedom in Indian Occupied Jammu & Kashmir. (APP)