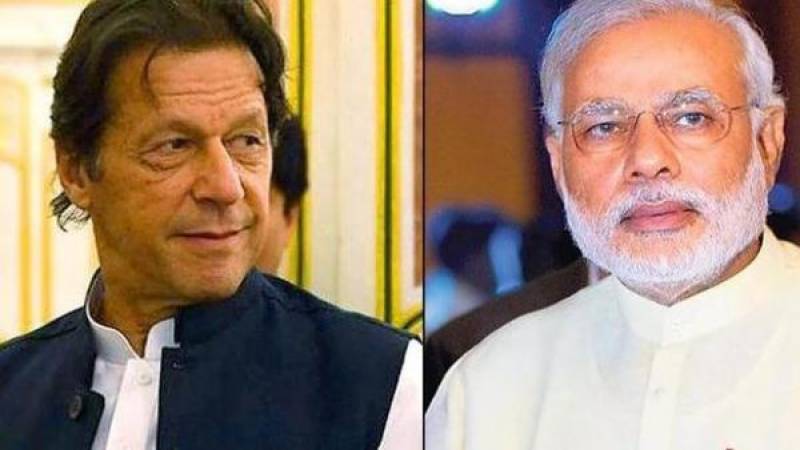 *PM Khan on Friday **addressed a rally in Muzaffarabad, the capital of Azad Jammu and Kashmir to express solidarity with the people of India Occupied Kashmir who have been facing a lockdown since the neighboring country illegally annexed the disputed territory.*

The PM, while speaking to a charged crowd in the valley, not only repeated his resolve to raise the Kashmir issue at every forum including the United Nations but also dared the Indian premier Narendra Modi to lift the curfew and speak to a similar rally if “he can” in India-Occupied Kashmir.

The PM challenged the Indian ‘fascist’ regime to lift the curfew in the occupied Jammu and Kashmir and then see the reaction of the people of the valley against their illegal annexation and human rights abuses.

“Modi, his party (Bharatiya Janata Party) are following what Hitler and Nazi regime did in Germany and failed. This man (Modi) was a member of the extremist RSS (a Hindu extremist party) since childhood and believes that India is only for Hindus,” said the PM.

He maintained that the Modi regime’s brutalities and fascist tactics will only harm India in the long run in the same fashion Nazis suffered in the end due to their policies.

“My message to Modi is clear; you cannot beat Kashmiris, while my message to the world is that they should stop this new Hitler, Modi, before he harms the world peace any further.

PM Imran made it clear that Pakistan will leave no stone unturned to help the oppressed people of IOK who are today facing the 40th day of a curfew imposed by the “Indian fascist regime” and have been robbed of their lands and basic rights.