In another diplomatic success for Pakistan, India faces threat of restrictions and sanctions from EU over IOK lockdown
13 Sep, 2019 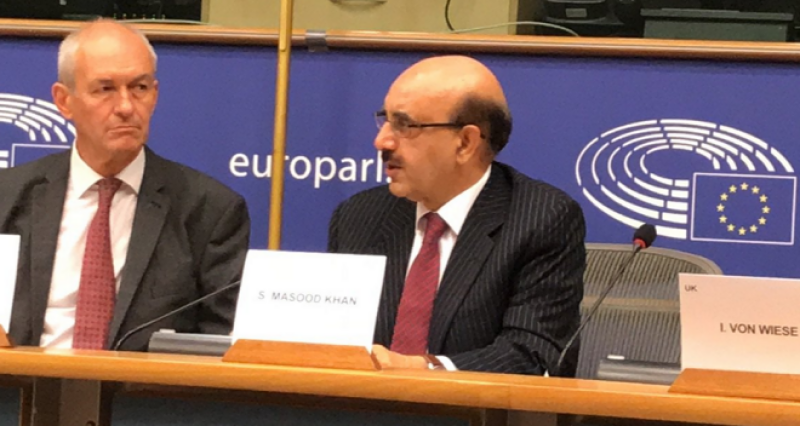 *MUZAFFARABAD - In another diplomatic success for Pakistan, India faces threat of restrictions and sanctions from European Union Member over IOK lockdown. *

European parliamentarian has proposed “trade sanctions and travel restrictions on those involved in the acts of terrorism and human rights violations in the Muslim-majority state”.

While addressing a conference held in Brussels, Co-Chair of Friends of Kashmir group in European Parliament (EP) Richard Corbett also called for utilising all possible means to mount pressure on the government in New Delhi to ease the ongoing lockdown in the disputed Himalayan region.

According to an official statement, the conference was attended by Azad Jammu and Kashmir (AJK) President Sardar Masood Khan which was jointly organised by Friends of Kashmir Group in the EP and Jammu-Kashmir Self-Determination Movement, at the European Parliament on Thursday.

EU lawmakers, who are members of Friends of Kashmir Group, briefed the participants of the summit on their visit to AJK last month where they met victims of Indian cross-border firing along Line of Control (LoC).

They also interacted with a wide range of people – including journalists, civil society organisations, physicians, teachers, students and lawyers – and gathered first-hand information.

The EU lawmakers called upon the Indian government to provide them the similar kind of access in Occupied Kashmir.