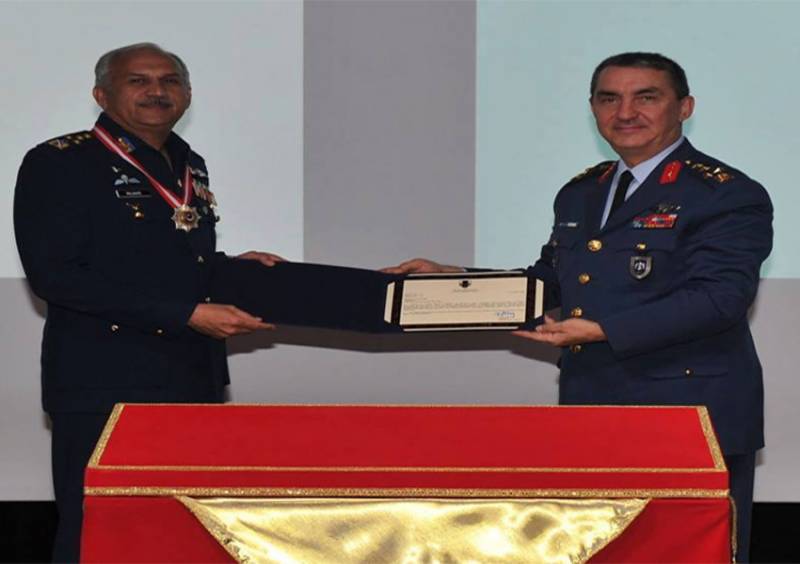 The air chief awarded impressive ceremony was held at the Headquarters of Turkish Air Force at Ankara in recognition of his services for promotion of defense ties between the two countries.

Later, the Air Chief called on with Turkish Air Force Commander General Hasan. Both the dignitaries discussed professional matters and cooperation between the air forces of both countries.

During the meeting the Air Chief thanked Turkish government for the august award and said that two countries enjoyed enviable brotherly ties spread over years.

General Hasan lauded the level of defence and security cooperation between both the countries. Both the dignitaries agreed to further enhance and expand mutual collaboration and defence ties between the two countries in general and air forces in particular.