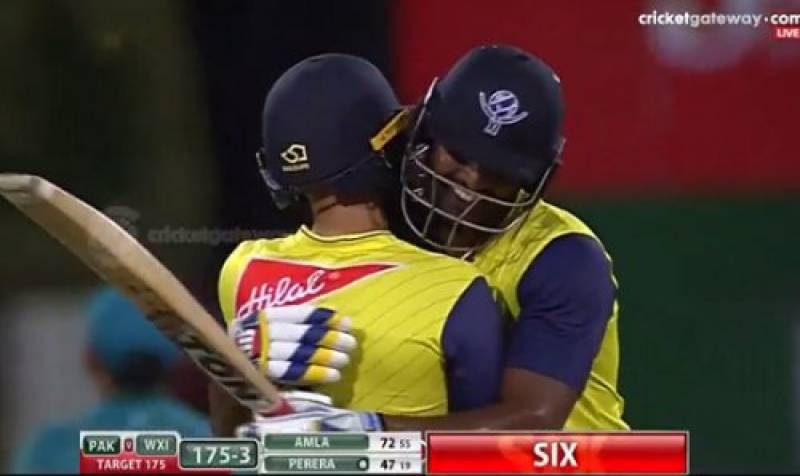 Babar Azam (45), Ahmed Shehzad (43) and Shoaib Malik (39) had good starts but none of them went on to score big, as Pakistan found it tough going on a slow and low pitch.

The Twenty20 match, accorded international status by the International Cricket Council, is only the second time Pakistan has hosted an international match since militants attacked the bus of the visiting Sri Lankan team in March 2009, killing eight people and injuring seven players and staff.