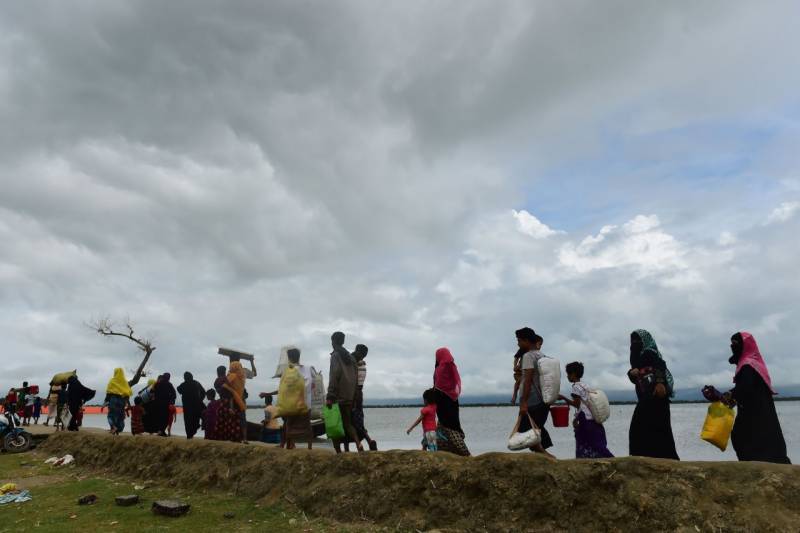 Seven bodies believed to be those of Rohingya Muslims washed ashore in Bangladesh on Wednesday, officials said, highlighting the risks many of the persecuted group are taking to flee violence in neighbouring Myanmar.

At least 99 Rohingya are now known to have died making the perilous crossing on flimsy boats since a crisis erupted on August 25 in Rakhine state.

He said several were from a Rohingya boat that capsized on Tuesday night near the border village of Shah Porir Dwip on the Naf river estuary that divides Myanmar and Bangladesh.

Others, which were “very decomposed”, were thought to be from other boats that had capsized earlier, he said. Two other bodies washed ashore on Tuesday, he added.

Boats arrive each day after crossing the Bay of Bengal or the Naf river.

Humayun Rashid, a deputy police chief of Cox’s Bazar district, which borders Myanmar, said most of the 99 dead were minors.

“The majority of the victims are children. Some of the bodies had bullet wounds,” he said.

Police and border guards said up to six overloaded boats have capsized in the past two weeks. Many were small boats or rickety fishing vessels not intended to carry passengers.

“These are small country boats, not meant to ply open seas or brave big waves on the estuary of the Naf river,” Islam told AFP.