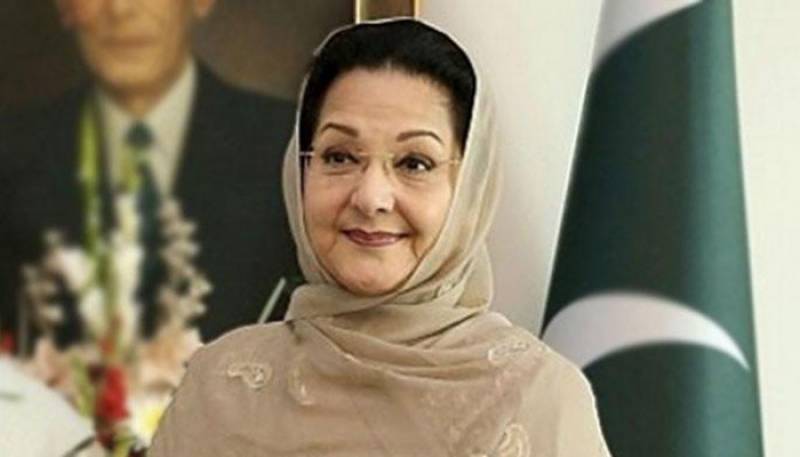 LAHORE: Lahore High Court full bench has dismissed the pleas filed against against candidature of Begum Kalsoom Nawaz for NA-120.

Earlier, full bench heard all petitioners including PPP's candidate Faisal Mir, PAT's Ishtiaq Ch and MML's  Sheikh Yaqoob. A law officer says RO gives reasons in his decisions only if he rejects papers of any candidate. Otherwise, he says, he is not bound in light of a SC judgment. He cited PLD 1989-SC Javed Hashmi case.

Amjad Pervez argued as counsel of Begum Kalsoom Nawaz. All the petitioners' counsels objected to acceptance of nomination papers of Kalsoom Nawaz, saying that both RO and Election Tribunal ignored their objections raised on her papers, and that RO gave no reason in his final decision. She concealed facts and did not mention her shares in different companies and also the iqama she had from a UAE based company.

Senator Asif Kirmani was also present there in the court. Deputy Attorney General Nasr Ahmad represented the federation. The petitioners' counsels, however, objected that federation was not required in the case as nobody as made the federation as party. The bench allowed the law officer to argue on the case.

He cited above said law and stated that no substantive information was provided against the candidature of Begum Kalsoom Nawaz. Kalsoom didn't lack qualification to contest election, he said. However, Azhar countered him with three judgments of SC but when the judges asked Azhar whether election dispute was mentioned in the judgments particularly he said no it was not mentioned there.