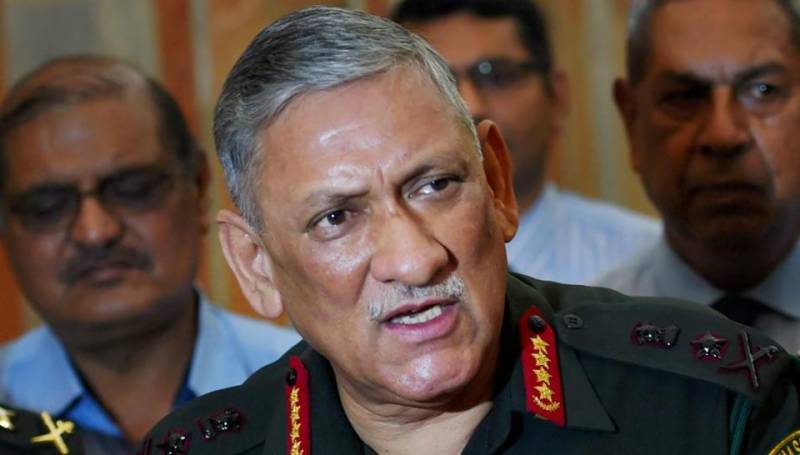 NEW DELHI: Indian army chief General Bipin Rawat has been ridiculed by Indian netizens after he changed his hard-line stance on China on Saturday, as he claimed that “neither China nor Pakistan is an imminent threat to India.”

According to Hindustan Times, the hawkish army chief made the remarks on the sidelines of an event in Uttarakhand’s capital Dehradun on Saturday, contradicting his previous claims of China flexing its muscles a week ago.

Referring to the 73-day long Sino-Indian standoff, Rawat said earlier that India should be prepared for a two-front war, as the situation may snowball into a larger conflict on the northern border, according to Ptinew.com.

The change of attitude has lead to online sarcasm targeting Rawat, with many Indian netizens calling him an “insult for the post he is acquiring.”

“Remove this person as he doesn’t have the capacity to assess outside military threat. It has become a circus and he is the clown,” said a netizen named Kunal Deshamukhya on Twitter.

This is not the first time that the controversial army chief has been slammed for his irresponsible comments. In June, the Chinese military denounced his “extremely irresponsible” remarks that India is ready for a two-and-a-half front war, urging him to stop clamoring for war.

Rawat’s new claims have somehow received more support from Chinese public, which has been viewed over half a million times as of press time on the People’s Daily website.

“I hope India can keep its promise, and the two nations can cooperate and work together peacefully,” said a netizen.