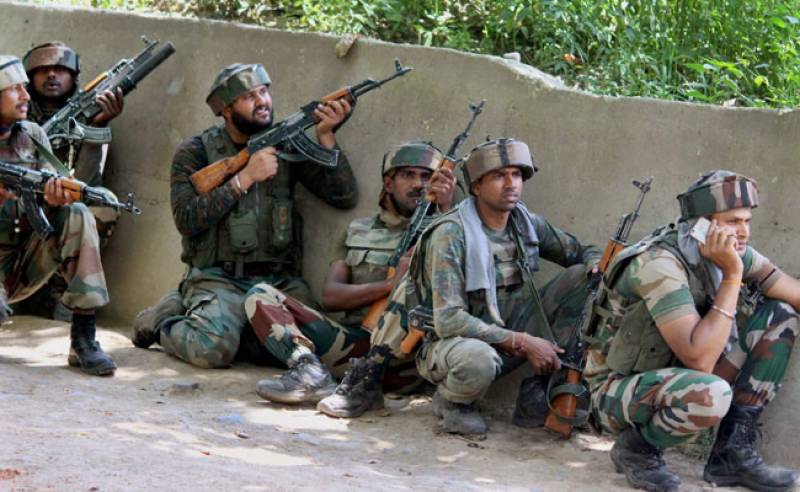 SRINAGAR: Militants who surrender during encounters will be given safe passage, a senior security officer said today, in what is seen as a major shift in counter-terror tactics in Jammu and Kashmir. The move comes as part of the Central government's fresh outreach efforts following Prime Minister Narendra Modi's Independence Day message that Kashmir needs hugs, not bullets, NDTV has reported.The push to take forward the approach came during Union minister Rajnath Singh's four-day visit to Jammu and Kashmir that ended today. Mr Singh said 5Cs -- compassion, communication, co-existence, confidence-building and consistency - can lead to a permanent solution to unrest in the state.

Over the last three days, security forces have accepted the surrender of two Hizbul Mujahideen operatives during encounters in which four other terrorists have been killed."We want to assure every citizen of Kashmir that if anyone wants to surrender, safe passage is assured, rehabilitation is assured," said Zulfiqar Hassan, a senior officer of the Central Reserve Police Forces.The army, police and the Central Reserve Police Forces, the officer said, have devised a joint strategy to give safe passage to terrorists who lay down their weapons.  "When three agencies combine with all their resources, we can ensure a good life and a safe life to anyone of the valley who wants to surrender, who wants to come to the mainstream," he said.The leniency, however, applies only to locals. Security forces have ground information before they take on holed-up terrorists and foreign terrorists will not be spared, sources said.  Yesterday, after a Hizbul Mujahideen operative  was captured alive during an encounter in Kulgam, the Jammu and Kashmir Police said it was trying to drive home the message that if "misguided young men" wished to return to the mainstream, they would be welcome.  A second terrorist was arrested on Sunday in Shopian district.  Security officers said they will be in custody and undergo due legal process.  If they are not guilty of any serious crime, they will be released.There was turmoil in for over five months last year after the killing of 22-year-old Hizbul Mujahideen terrorist Burhan Wani. Security forces said after his death, scores of young men took up the gun. Armed men roamed openly across south Kashmir, taking on the police, security forces, robbing banks and targeting government employees."We want to assure every person in the Valley that your future would be safe if you decide to get away from whoever is misguiding you," Mr Hassan said today.