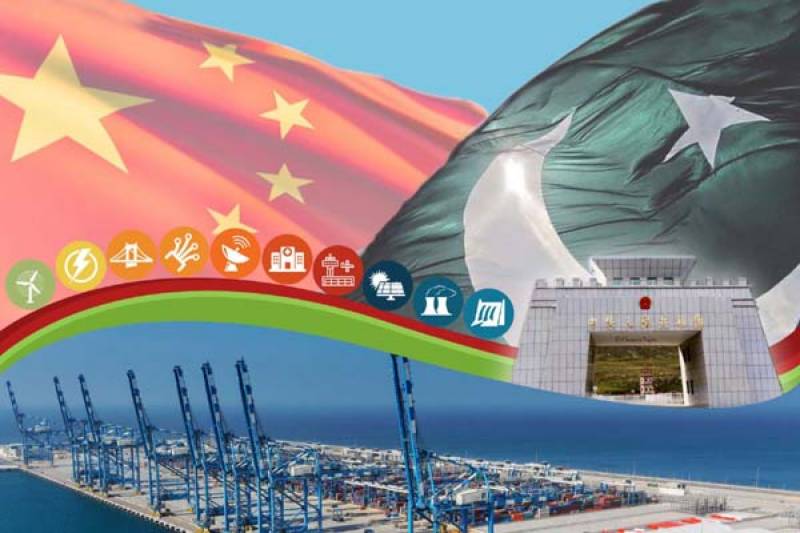 Presenting threadbare and comprehensive exposition on the BRI– a unique economic vision to address the contemporary festeringeconomic throes facing the world at a seminar organized by thePeoples Daily here at Tsinghua University, he said the initiativewould ensure level-playing grounds to all the BRI stakeholder countries, enabling to share the due dividends.

In response to a query, the financial expert was of the firm viewthat political and social stability in Pakistan was sine qua non forthe desired success of China-Pakistan Economic Corridor.

The seminar was attended by journalists belonging to news agenciesand newspapers of South Asian states, including Pakistan. The BRIroadmap will pave the course for connectivity among its beneficiariesto wield their potentials and resources in an optimal manner to realizethe core objectives of economic growth in a peace and tranquil ambience around the globe.

Referring to President Xi Jinping’s speeches and remarks ondifferent occasions about the BRI, he exuded that the initiativesessence was to expand and strengthen structure of the demand andsupply, ultimately delivering sustainable equilibrium in world economy.

Dr Xu Hongcai said there were crystal clear guidelines as well asadvice by the Chinese government to the local companies to make maximum investment in Pakistan under the CPEC and BRI. Hence industrial and commercial banking institutions of China had co-initiated developing cooperation and communication mechanism with their counterparts inPakistan.

He spelt out in detail various aspects of the Chinese overseas investment under the Belt and Road Initiative, including financial integration under BRI, outcomes of the BR Forum in relation tofinancial cooperation and China’s latest policy of the utilization of foreign fund and overseas investment.

China was keen to deepen the financial cooperation along the Belt andRoad countries and advance the establishment of stable currency system, investment and financing mechanism besides credit system in Asia, he added.

He maintained that China would beef up the cooperation with otherBR countries in financial regulations, sign bilateral MOUs on regulatory cooperation and gradually establish an efficient regulatory coordination mechanism in the region.

The Chinese government would improve the institutional arrangements for risk and crisis response, build a regional financial risk warming system and form a communication and cooperation mechanism for dealing with cross border risk and crisis.