China-Russia to veto any US sanctions against Pakistan in UN
13 Sep, 2017 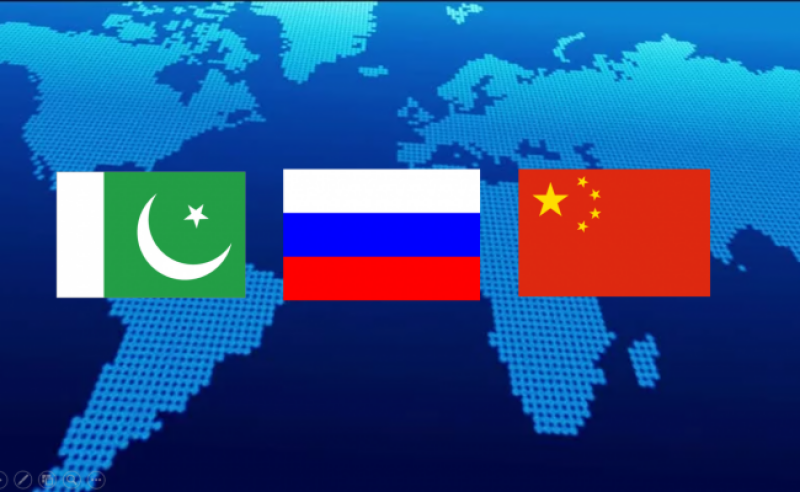 KARACHI  : China and Russia have assured Pakistan at the diplomatic level that they would veto any US move in the United Nations to slap economic sanctions on Islamabad, leading English daily has reported quoting the government sources.

The roller-coaster relations between Washington and Islamabad have frayed since President Donald Trump last month unveiled a new Afghan policy and hit out at Islamabad, accusing it of giving ‘safe haven to agents of chaos’ by harbouring the Afghan Taliban and other militants.

The United States has already begun conditioning future aid to Pakistan on progress Islamabad makes in tackling the Haqqani Network militants. It has also hinted at imposing sanctions on Pakistani officials allegedly having links with militants.

However, Premier Shahid Khaqan Abbasi warned the US on Monday that any targeted sanctions by Washington against Pakistani officials would not help US counter-terrorism efforts. “We are fighting the war against terror, anything that degrades our effort will only hurt the US effort,” he said in an interview with Reuters.

Islamabad-based diplomatic sources revealed that foreign policy wizards, security officials and top government functionaries have been brainstorming since the unveiling of Trump’s strategy in an effort to chart out new policy vis-à-vis Washington.

It has been decided that Pakistan would phase out its dependence on the United States. And high-level contacts with Washington would be restored only after the Trump administration acquiesced to assuage Pakistan’s legit concerns on the new US strategy for Afghanistan and beyond.

For future dealings, the United States would be asked to stop its relentless ‘do-more mantra’ and maintain ties with Pakistan on the basis of sovereign equality, sources say.