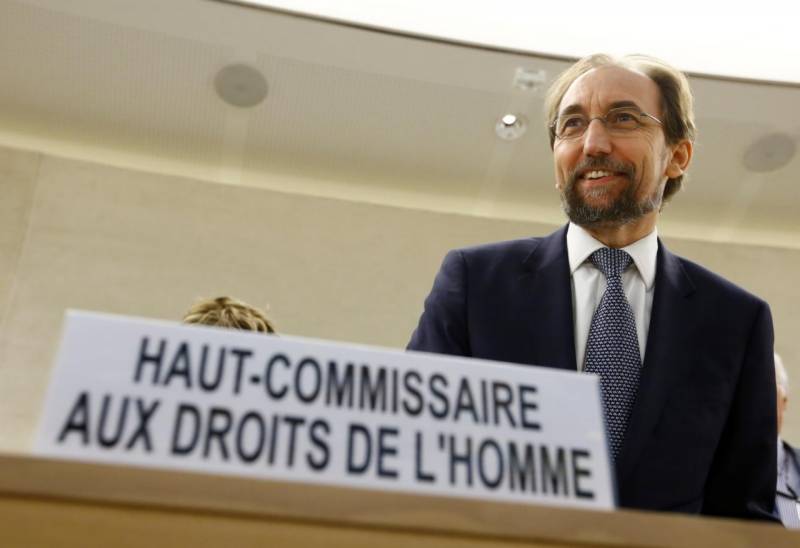 China signaled on Wednesday it was willing to back an international inquiry into atrocities in Yemen, as demanded by the U.N. High Commissioner for Human Rights, but Saudi Arabia and the United States said they did not support the idea.

For three years running U.N. human rights chief Zeid Ra‘ad al-Hussein has asked the 47 countries in the U.N. Human Rights Council to set up an independent investigation into Yemen’s war, which has killed at least 10,000, destroyed the economy, led to a cholera epidemic and pushed millions to the brink of famine.

Despite his pleas, they have twice supported a Saudi plan to let Yemen investigate by itself.

On Wednesday, the Netherlands and Canada unveiled a draft resolution to establish an international commission of inquiry (COI) to ensure that “perpetrators of violations and abuses, including those that may constitute war crimes and crimes against humanity, are held accountable”.

The three-page text was supported by many countries when diplomats met to discuss amendments.

“We agree with the actions, including the COI, to promote the political solving of the Yemen crisis,” a Chinese delegate told the meeting, which was boycotted by the Arab group of countries supporting a rival Saudi-led resolution.

Britain and the United States said they wanted to see consensus around a single resolution.

”We do have concerns that a full international independent Commission of Inquiry is not likely to get us there,” U.S. diplomat Michele Roulbet told the meeting.

Although Zeid has said Yemen is not up to the job of investigating its own war, Saudi Ambassador Abdulaziz Alwasil said Yemen’s national commission was in a better position to investigate for the time being.

“We have no objection to the inquiry itself, we just have a discussion about the timing, whether this is the right time to establish an international commission, with the difficulties on the ground,” Alwasil told reporters.

Georgette Gagnon, head of field operations at the U.N. human rights office, said Yemen’s own human rights commission was “established by, is funded by and reports to a party to the conflict” and said it was way past time for an effective probe.

“Not having an international inquiry would be a green light to the parties to the conflict,” said Radhya Al-Mutwakel, co-director of Yemen’s Mwatana Organization for Human Rights.

Zeid said on Monday there had been only “minimal” efforts at holding people to account in what the United Nations has branded the world’s worst humanitarian crisis.

The Saudi envoy said the international community should focus its efforts on gaining access for humanitarian personnel.

The Saudi-led coalition has also has set up a team to investigate civilian casualties. On Tuesday it said it had found a series of deadly air strikes had been largely justified.