Blue Whale challenge in Pakistan: Advice for the parents
13 Sep, 2017 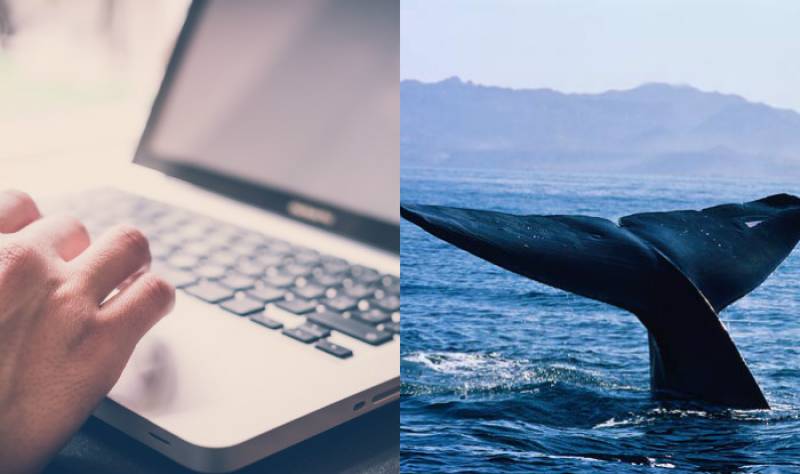 ISLAMABAD: Educationists and Information Technology experts on Wednesday stressed for parents and society’s collective role to counter killer Blue Whale type threats andprotect the youth from any harm.
The lethal game, which has taken lives of some 130 youngstersacross the globe since its introduction by a Russian student in 2013,has recently made inroads in Pakistan, creating panic among parents.
Stories about the game have been circulating on social media forthe last around two months bewaring the people of its effects onthe youth playing games on Internet.According to Dr Aysha Saeed, Head of Sociology Department of Quaid-e-Azam Universty, active participation from every segment of the society was required to counter such threats. Parents, however, should be more cautious about their children while using Internet, she saidtalking to APP.
Because of communication gap with parents, children usingsocial media were more vulnerable to the games and apps that could be injurious to them, she added.She advised the parents to be vigilant and keep an eye on the activities of their kids and give sufficient time in order tosave them from such threats.
Highlighting the role of educational institutions, Dr Ayesha said students must be engaged in extra-curricular activities to improve their mental and physical health.
She said the excessive use of electronic gadgets, especially Internet connected, in earlier age was lethal. It was told at aseminar in the United States that Pakistan topped the list with thehighest number of teens having access to mobile phones, which wasastonishing for her, she added.
National Institute of Psychology (NIP) Director Prof Anila Kamal said today’s youth was more prone to the such type of threats due to socio-economic crises.Financial unrest, unemployment and parents priorities other than their children were major factors which might lead the youth to involve in bad activities, she added.
Dr Sheraz, Head of Computer Science Department of Federal Urdu University, said the Pakistan Telecommunication Authority (PTA) and the Cyber Crime Control Wing of Fedral Investigation Agency (FIA) had a great role to paly in fight against such threats.
They should take preemptive measures and evolve policies before online deadly games like Blue Whale start taking lives here in Pakistan and install filters so that such unwanted sites or links could not be opened, he stressed.
He, however, added that though sources of such sites could not be determined usually, but the authorities concerned might take steps to mitigate their threat.A PTA official, when contacted, said no case pertaining to such online game had been reported so far. They were working on policies to tackle such issues, he added.