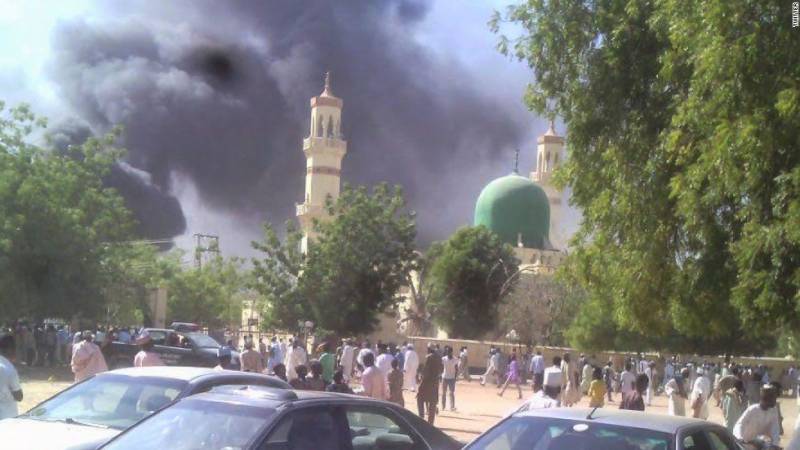 A girl with a bomb strapped to her walked into a mosque in northern Cameroon where it exploded, killing five worshippers in an attack bearing the hallmarks of Islamist militant group Boko Haram, authorities said.

The girl of 12 or 13 years old arrived at the Sanda-Wadjiri mosque in remote Kolofata at the first call to prayer at between five and six a.m., the governor of Cameroon’s Far North region Midjiyawa Bakary told Reuters by telephone.

“The men were bowed in prayer when she came,” Bakary said. “Five of the worshippers were killed and the bomber also.”

He did not name any suspects, but Boko Haram has repeatedly used suicide bombers as well as strapping children with explosives to strike at civilian and military targets.

The Nigerian jihadist group, which is now split into at least two factions, has been fighting for almost a decade to revive a medieval Islamic caliphate in the Lake Chad region, where Nigeria, Cameroon, Niger and Chad meet.

Allied forces from the four countries have routed it in much of the territory it once controlled, but the group has responded by scattering and stepping up attacks on civilians.

Amnesty International said last week that Boko Haram had killed 381 civilians in Nigeria and Cameroon since the beginning of April, more than double that for the preceding five months.

Of those, 158 of the deaths were in Cameroon, which the rights group linked to a rise in suicide bombings, the deadliest of which killed 16 people in Waza in July.