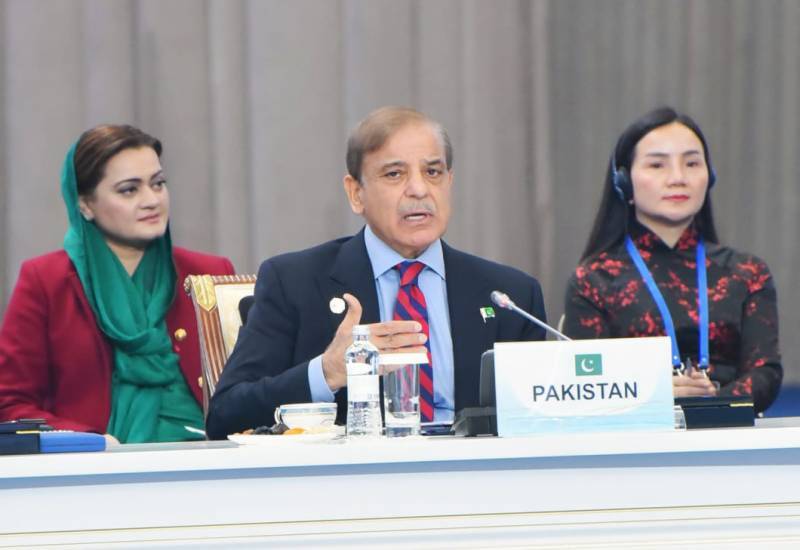 Addressing the 6th summit of the Conference on Interaction and Confidence Building Measures in Asia (CICA) in Kazakhstan’s capital, the premier stressed peaceful dialogue in resolving conflicts with other nations, including archrival India.

“We are willing to engage with New Delhi for the sake of prosperity as both sides of the border cannot afford to deal with massive challenges of poverty and unemployment amid meagre resources,” PM Shehbaz said.

He however mentioned that India brings its atrocities in Indian Illegally Occupied Jammu and Kashmir to a grinding halt a just and lasting peace remains elusive.

Sharing the previous events, PM said India defied the will of the United Nations for decades, saying New Delhi has used repression to silence the voice of Kashmiris demanding their rights.

He also slammed Indian authorities over inhumane policies in the occupied region and mentioned that Modi led administration brandishes the democracy in valley not through the ballot but through its bullet.

His address focused on peace among nations to hit the goal of prosperity as attended the summit to discuss cooperation towards promoting peace, security and stability in Asia.

PM said his country's location offers a natural bridge among various regions. In this regard, he highlighted the multi-billion dollar project of China Pakistan Economic Corridor (CPEC), which had transformed the economic and connectivity landscape of the region.