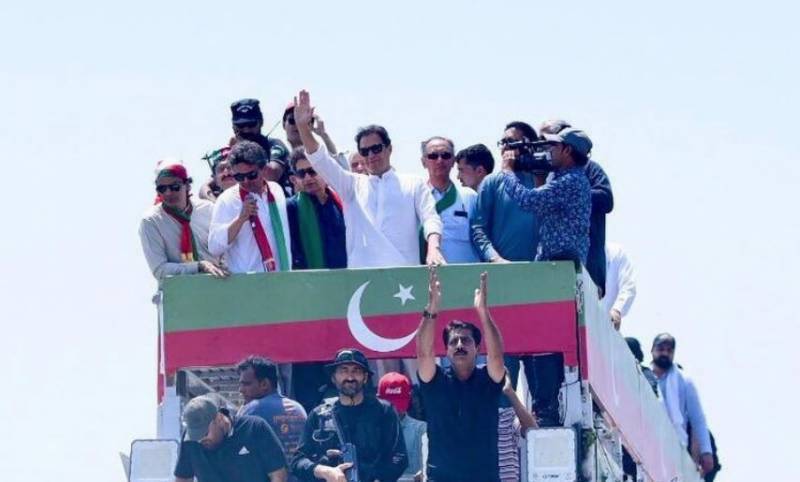 ISLAMABAD – The federal government on Thursday pleaded the Supreme Court to initiate a contempt case against PTI chairman Imran Khan over his call to launch a long march towards Islamabad.

In recent gatherings, the former prime minister directed his party leaders and supporters to wait for his final call for what he dubs as “Haqeeqi Azadi march” against the government.

The petition, which has been filed by the Ministry of Interior, argued that the former prime minister was making announcements regarding the march towards Islamabad, in violation of a court order.

It asked the top court to direct the PTI chairman to ensure the implementation of its orders related to protests and sit-ins in the federal capital.

Meanwhile, law enforcement agencies and federal administration have chalked out a comprehensive strategy to deal with PTI long-march.

Reports in local media show capital authorities placing more shipping containers at the Faizabad intersection. The capital administration have collected more than 1,100 containers as PTI planned to move the capital in another bid to force PM Shehbaz to step down and call early polls.