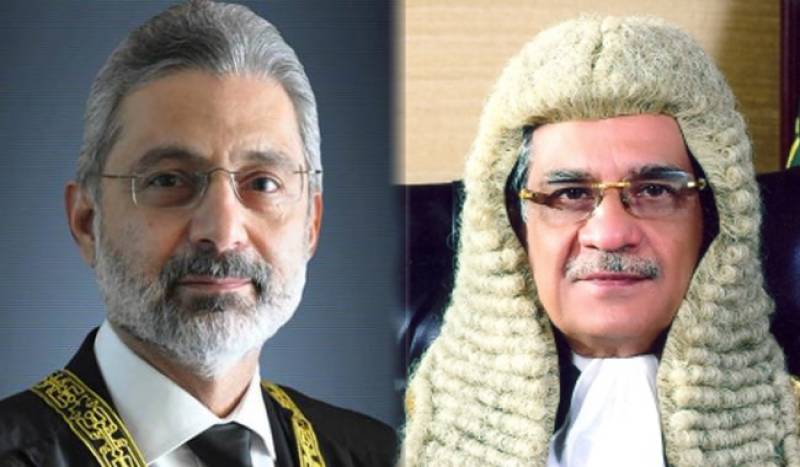 ISLAMABAD – Supreme Court’s Justice Qazi Faez Isa expressed reservations over his separation from a bench hearing a case pertaining to the interpretation of Article 184 (3) of the Constitution of Pakistan.

The bench was hearing a case pertaining to disposal of hospital waste at Supreme Court Peshawar Registry on May 8.

According to media reports, Justice Isa expressed that the chief justice of Pakistan, Justice Saqib Nisar interfered before Article 184 (3) was read out during the hearing of the case and ordered to reconstitute the bench.

The article 184 (3) of the Constitution of Pakistan pertains to the original jurisdiction of the apex court.

Justice Isa said that he was not sent any order in this regard, adding that he was also excluded from the two-member bench.

Justice Isa asserted that the reconstitution of the bench was without any reason and unprecedented and by doing so transparency of the system would be damaged, which may have serious repercussions.

The Judge of the top court said that he was compelled to write this, for he would have felt a burden on his conscience had he not done so.

He added that by writing this note, he was fulfilling his responsibility as a judge.

The article 184 (3) of the Constitution of Pakistan pertains to the original jurisdiction of the apex court.