What is behind Nawaz Sharif's disgruntled move to raise Mumbai terror attacks?
13 May, 2018 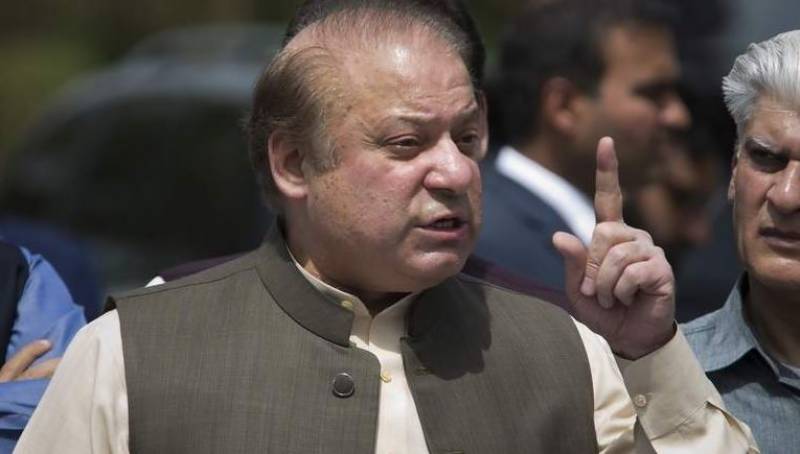 ISLAMABAD - Nawaz Sharif’s controversial remark – linking the 26/11 Mumbai terror attacks to Pakistan – is being seen here as an attempt to put international pressure on the country’s military establishment, as the corruption trials against him and his family members enter a decisive phase.

On one side he wants to put pressure on Pakistan Army and on other hand he wants to tell international establishment that he is the one who can root out religious extremism from Pakistan.

The scathing comments also come on the heels of a recent announcement by the country’s anti-graft watchdog that it had initiated an investigation against the former PM into alleged laundering of $4.9 billion to India, citing a World Bank report.

The World Bank was quick to reject the NAB claim, saying the allegations referred in the press statement were ‘incorrect’. Sharif had consequently sought an apology from NAB and demanded the resignation of its chairman, Justice (r) Javed Iqbal if the anti-graft body fails to prove money laundering allegations against him.

In an exclusive interview <link> to English daily Dawn’s Cyril Almeida that appeared on Saturday, Sharif was asked about the reasons for his ouster. However, instead of replying to the actual query, the ruling party’s ‘supreme leader’ steered the conversation towards national security and foreign policy.

“Militant organisations are active. Call them non-state actors, should we allow them to cross the border and kill 150 people in Mumbai? Explain it to me. Why can’t we complete the trial?” alluding to the 2008 Mumbai attacks-related trials which have stalled in a Rawalpindi anti-terrorism court.

“It’s absolutely unacceptable. This is exactly what we are struggling for. President Putin has said it. President Xi has said it,” Sharif was quoted as saying.

Referring to the trial of former military dictator retired General Pervez Musharraf, he said, “The Constitution has to be supreme. There is no other way. Look, we put a dictator on trial; it had never been done before.”

The Indian media picked up Nawaz’s statement and headlined it as “Pakistan’s confession of ‘playing a role in 26/11 Mumbai terror attacks’”.

Several publications in India as well as the current affairs shows across the border gave extraordinary coverage to the statement. Headlines like ‘Nawaz Sharif questions Pakistan’s policy to allow ‘non-state actors’ to cross border and kill people’ that referred to 26/11 Mumbai terror attacks were shared on the Indian media.

Addressing a public rally in Karachi, Khan lashed out at the PML-N supremo for giving “anti-Pakistan statement to please foreign forces including India”.

The PTI chairman also alleged that Nawaz tried to save his corruption by targeting the apex court, joint investigation team for Panama Leaks case and army.