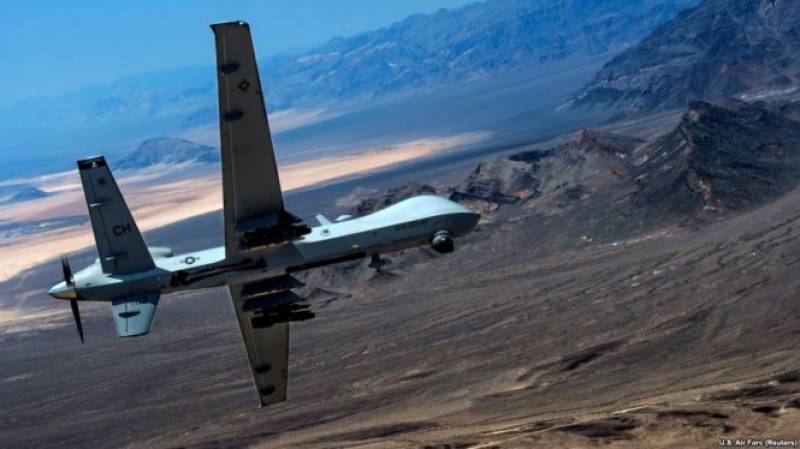 KABUL - US drone strike in eastern Nangarhar province neighboring Pakistan has been reported by Khaama Press.

According to the local authorities, the latest airstrike was carried out using unmanned aerial vehicles, in the vicinity of Haska Mina district.

The authorities are saying that a commander of the terror group is also among those killed in the airstrike.

The provincial government media office in a statement confirmed that an airstrike in Nari Oba area of Haska Mina left at least five ISIS militants dead.

This come as counter-terrorism operations are underway in some restive parts of Nangarhar province against ISIS, Taliban, and other militants.

The US forces based in Afghanistan also conduct regular airstrikes in support of the ground forces and to suppress the terrorist groups in Nangarhar and other parts of the country.