Tayyip Erdogan lashes out at Israel aggression in middle east
13 May, 2018 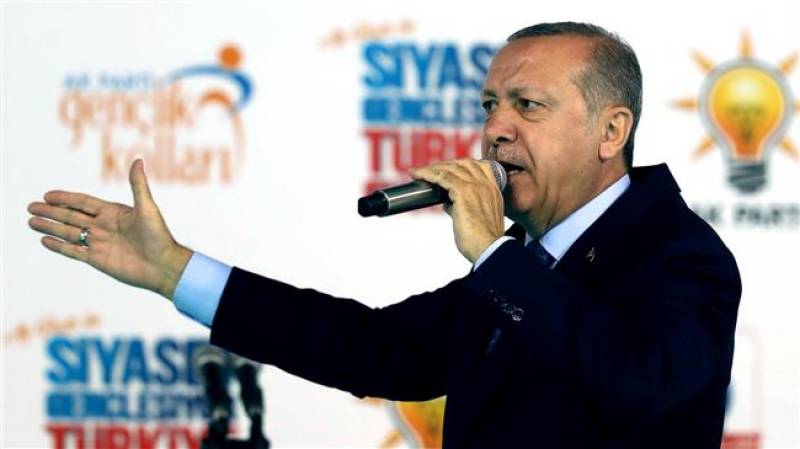 ANKARA - Turkish President Recep Tayyip Erdogan has lambasted the Israeli regime for its use of “unnecessary aggression” in Syria following recent Israeli airstrikes in the war-torn Arab country, saying Tel Aviv is dragging the Middle East into war.

The Turkish president made the comments in an interview with BBC Arabic on Sunday, saying the occupying regime “is sowing fear and pushing” the Middle East “region to war.”

Erdogan also denounced the Israeli aerial aggression against the sovereignty of Syria, three days after Israeli warplanes attacked dozens of “targets” inside the Arab country in what was said to be the most extensive strike in Syria in decades. <link>

Over the past few years, Israel has frequently attacked military targets in Syria in what is considered as an attempt to prop up terrorist groups that have been suffering heavy defeats against Syrian government forces, which has been fighting against foreign-sponsored militant outfits since 2011.

Israel has also been providing weapons to anti-Damascus militants as well as medical treatment to the Takfiri elements wounded in Syria.