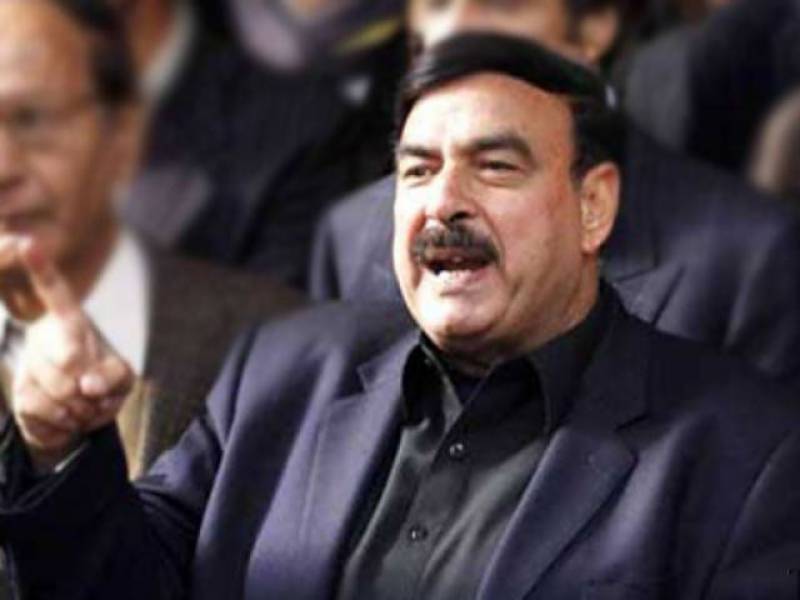 “Nawaz Sharif’s statements regarding the Mumbai attacks is a conspiracy against the national security. He was the one who leaked the details of Ajmal Kasab’s whereabouts to India and Reuters,” Sheikh Rasheed said while speaking to a rally in Multan.

The AML chief further claimed that ex-PM Nawaz arranged three “secret” meetings with Indian PM Narendra Modi and to this end, he vowed to urge CJP Justice Nisar to take action against the former premier for “leaking sensitive information regarding the country.”

He continued that Nawaz has been handed the agenda to “destroy” the country’s judiciary and army. “Nawaz’s conspiracy against the institutions began when the COAS was made to walk through scanners.”

“I thought I would never see Mir Sadiq and Mir Jaffar, but in Nawaz and Shehbaz Sharif, I can see both of them,” he added.