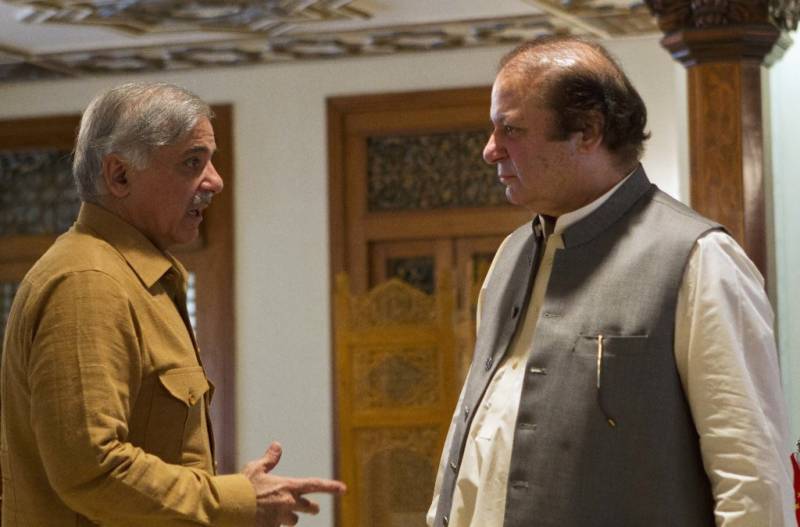 Nawaz, in a recent interview to a news outlet, had said, “Militant organisations are active. Call them non-state actors, should we allow them to cross the border and kill 150 people in Mumbai? Explain it to me. Why can’t we complete the trial?”

In his address at a public rally in Sindhri, Shehbaz said India is conspiring against Pakistan by using Afghan soil.

“Our mothers and sisters are being killed in Kashmir. Almighty has made Pakistan a nuclear state. If India casts an evil eye upon Pakistan then the army and people of Pakistan will give a befitting reply,” he said.

The Punjab chief minister told the public that Kalabagh Dam won’t be constructed if the people of Sindh have reservations against it. “We will sacrifice Kalabagh Dam not once but hundred times for Sindh,” he said.

Shehbaz remarked that Pakistan won’t be prosperous if all the four provinces of the country aren’t prosperous. “Today all the provinces are receiving water as per their due right, they (Sindh government) steal your water and then blame the federal government,” he alleged.

He said if God gives him an opportunity he will change the fate of Sindh and promised that in the next five years Sindh would progress more than the other provinces.

“We will give interest-free loans. We will build Danish schools and hospitals in every district of Sindh,” he said.

The PML-N leader said that if he is voted in, he will take Karachi at par with Lahore in terms of developmental works.

Taking a jibe at the Pakistan Peoples Party-led provincial government, he said the farmers of Sindh are not even receiving cheap fertilizers while the farmers of Punjab are being given interest-free loans.