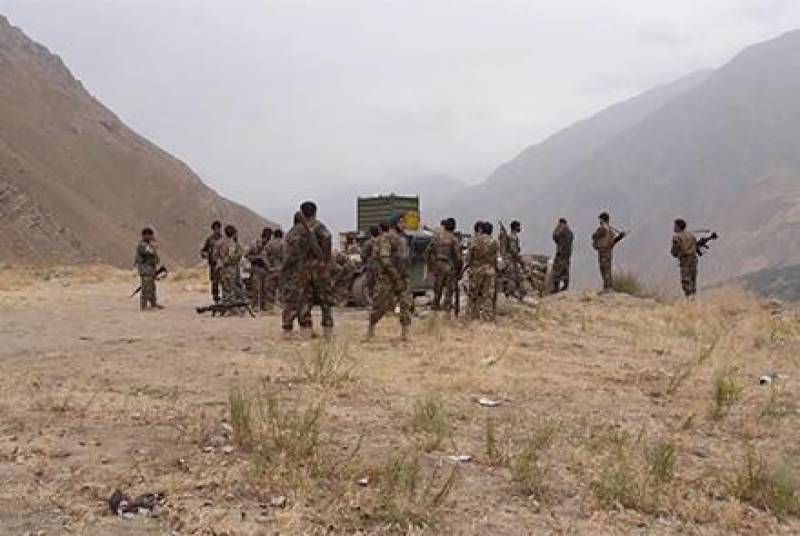 KABUL - In the last week Afghan security forces suffered heavy losses in clashes against insurgents across the country, but on Sunday the Afghan interior ministry said that security forces have retreated from some areas that have high threat levels so as to avoid additional fatalities.

According to security departments, in the last 19 days, since the start of the Taliban’s Spring Offensive, the group has carried out over 2,700 attacks which resulted in high fatality rates to both security forces and Taliban militants.

Interior spokesman Najib Danish said they have plans to improve management regarding the security situation.

“If we see that security forces suffer heavy losses in an area, we call them to pull back to avoid fatalities,” Danish said.

In the last week, clashes between security forces and militants in Farah, Baghlan, Faryab, Ghor and Badakhshan province ended in high casualty rates.

“In the last week we retook a few districts from the Taliban and this would not happen without suffering losses. We had casualties in Farah, Baghlan and Ghor,” defense ministry’s deputy spokesman Mohammad Radmanish said.

“There are two issues. One is that the war is not managed properly and the second is that Taliban is getting good equipment this year from anywhere they can,” said Ahadi.

Members of the Zabul provincial council and local officials meanwhile said Arghandab district in the province is surrounded by Taliban and so far over 70 security forces have lost their lives inclashes against the group.

“In the last two weeks between 70 and 80 security force members have lost their lives and their equipment has been taken by the Taliban, but the central government has sent no support,” Atta Jan Haqbayan, a member of the provincial council said.