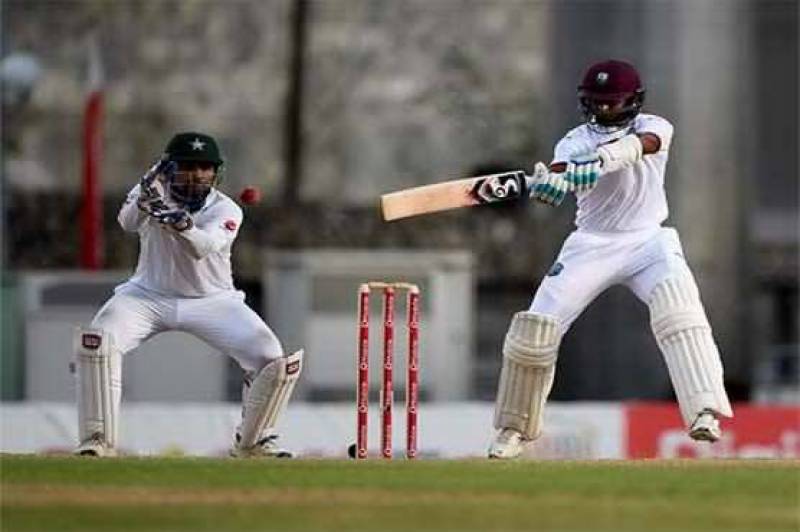 DOMINICA – West Indies suffer an early loss on Day 4 of the third and final cricket Test against Pakistan in Dominica, as they resumed their first innings at overnight score of 218 for 5 on Saturday.

The start of proceedings were not that good for the Caribbean side as Muhammad Amir removed Dowrich up on fourth ball of the very first over of Day 4.

Dowrich falls after scoring 20 runs as West Indies were 230 for the loss of six wickets till the last reports.

Earlier, Pakistan were all out for 376 in their first innings as Azhar Ali scored yet another century with Misbah ul Haq 59, Babar Azam 55 and Sarfraz Ahmed with 51 runs also contributing to the final score.