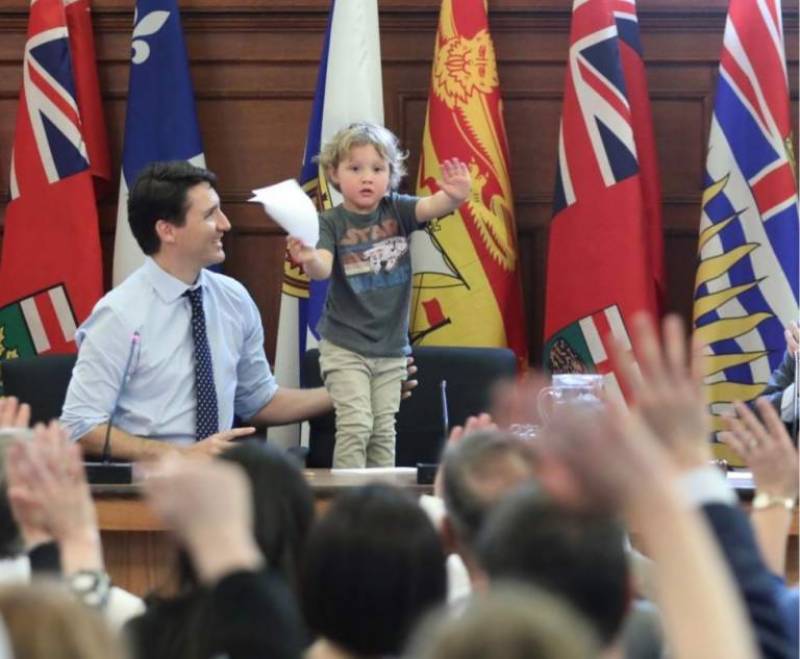 TORONTO – Prime Minister of Canada Justin Trudeau has shown the rest of the world’s leaders how to do publicity once again – by bringing his three-year-old to the office.

A prime minister’s business never stops – his official itinerary for the day included a national caucus meeting, questions in the House of Commons, and a meeting with the university presidents.

But he still found time for hide-and-seek.

Little Hadrien Trudeau literally had the run of the place – illustrious marble corridors and all – and stole the show in a series of photos posted to social media.

The duo were also photographed handling the press and politicians – distracting both groups from their serious work.