Asif Zardari lashes out at political opponents
13 May, 2017 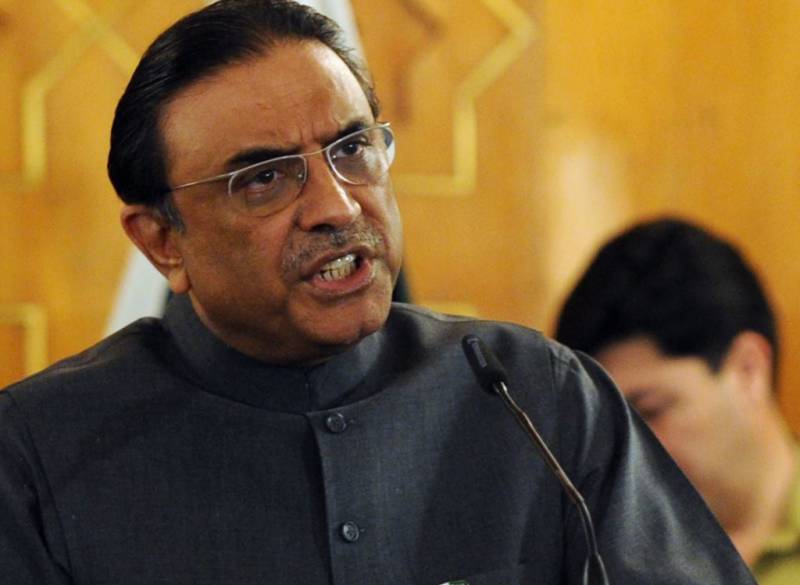 He was speaking to party leaders in Peshawar, where he arrived on Saturday for a five-day visit.

Taking at jibe at his political opponent, he remarked that Pakistan is being ruled by a 'Mughal King'. The government is taking loans but we will hold the ‘Badshah salamat’ [king] accountable, he added.

Government is making everything for three times its actual cost, he claimed.

He also said that the elections will be held in the next eight to nine months. “We want neutral and transparent elections,” he remarked, adding “we will win the next elections.”

Zardari is on a five-day visit to Peshawar during which he will meet provincial members of the party, members of the parliament, district heads and address the FATA grand jirga, informed PPP KP president Muhammad Humayun Khan while speaking to Geo News.