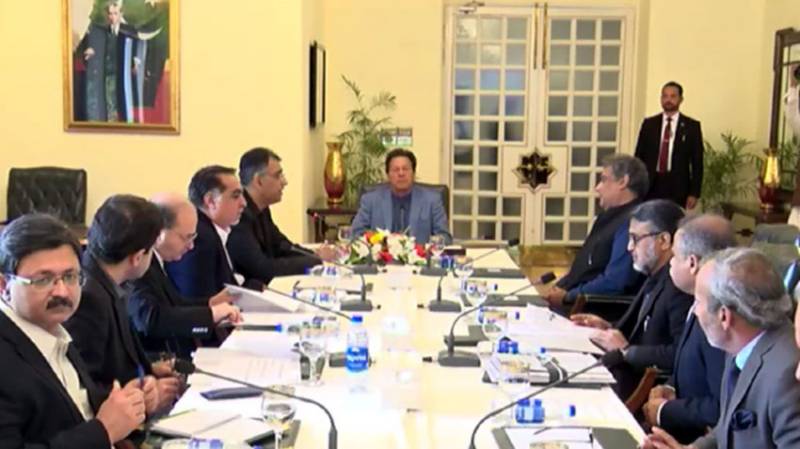 ISLAMABAD - Prime Minister Imran Khan says federal government is committed to play its due role in development and progress of Karachi in view of public welfare.

He was chairing a review meeting in Islamabad on Friday regarding completed and ongoing projects of federal government for the development of Karachi.

The Prime Minister was briefed about the progress on 162 billion rupees development package announced by the Federal Government.

The Prime Minister said provision of civic facilities and development in proportion with Karachi's population were ignored in past.

He said increase in exports is vital for economic development and it is necessary to improve port and transportation facilities in Karachi to achieve this objective. He said development of Karachi and the country is interlinked. He said Karachi is an engine of growth in country's economy.

It was decided in the meeting to reorganize the Sindh Infrastructure Development Company and enhance its capacity to timely implementation of development projects.

A detailed briefing was also given about various projects, including construction of flyover on Jinnah Avenue, progress on Operationalization of Green Line, different development projects being completed in other parts of Sindh under Prime Minister's Package, big projects under Public Private Partnership like water filtration plants, revamping of Lyari Expressway, and extension of Karachi Northern Bypass.

The meeting was informed that Sakhi Hassan, Five Star, and KDA flyovers, 6.4 kilometer-long road and a portion of Manghopir road were inaugurated last week. It was told that infrastructure of Green Line Bus Rapid

Transit System will be completed by March next year. While, 95 percent work on water supply line with a diameter of 66 inches from Banaras to Jam Chakro has been completed and rest of the work will be accomplished by next month.

Regarding upgradation of fire-fighting system of Karachi Municipal Corporation, it was told that so far over one billion rupees have been spent on this project under which fifty fire tenders will be included.